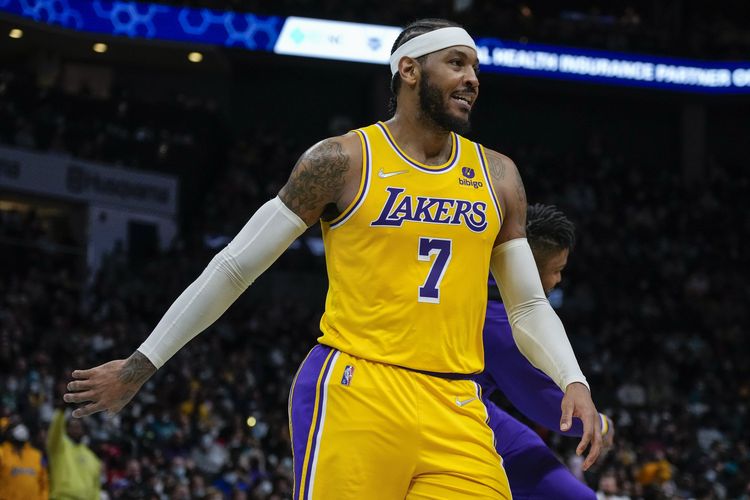 The Los Angeles Lakers pay a visit to the Atlanta Hawks at the State Farm Arena on Sunday afternoon.

The Los Angeles Lakers have been in a real rut lately as they’ve lost seven of their past 10 games overall and they will be hoping to snap a two-game skid after falling just short to the Hornets in a 117-114 road loss on Friday. Russell Westbrook led the team with 35 points and five assists on 12 of 23 shooting, Carmelo Anthony added 19 points with five assists off the bench while Austin Reaves chipped in with 16 points, eight rebounds and three assists. As a team, the Lakers shot just 41 percent from the field and 15 of 40 from the 3-point line as they struggled to find their rhythm on offense with their makeshift lineup, and cut a 20-point deficit to just one point with 24.9 seconds on the clock, only to see the Hornets escape on free throws.

Meanwhile, the Atlanta Hawks have been on a tear lately as they will be eager to build on their current six-game win streak after routing the Celtics in a 108-92 home win on Friday. John Collins led the team with 21 points, nine rebounds and four blocks, Trae Young added 21 points with nine rebounds and six assists while Bojan Bogdanovic chipped in with 19 points off the bench. As a team, the Hawks shot 46 percent from the field and 12 of 31 from the 3-point line as they set the tone by holding the Celtics to just 20 points in the first quarter to build an early 17-point lead, before pulling away in the fourth quarter where they held the Celtics to just 15 points after their lead was cut to just one point. DeAndre Hunter scored just nine points on three of 10 shooting while Kevin Huerter scored just five points.

Head to head, the under is 5-2 in the last seven meetings overall.

The Lakers are going to be shorthanded once again as LeBron James is still out while Russell Westbrook and Anthony Davis are listed as questionable. The Hawks will be sweating on the availability of Trae Young and De’Andre Hunter who are both listed as day to day.

Peter’s Pick Please check later for my free pick once the line is released.