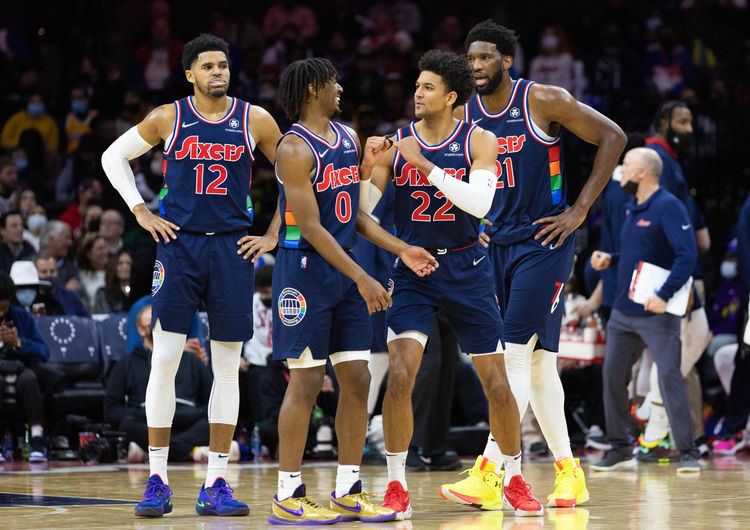 The Philadelphia 76ers play host to the Sacramento Kings at the Wells Fargo Center on Saturday night.

The Sacramento Kings have been in a real slump as they’ve lost 10 of their past 12 games overall and they will be hoping to put an end to a five-game slide after getting routed by the Hawks in a 121-104 road loss on Wednesday. Harrison Barnes led the team with 28 points, Davion Mitchell added 20 points with six assists while Tyrese Haliburton chipped in with 11 points and seven assists. As a team, the Kings shot just 41 percent from the field and 12 of 40 from the 3-point line as they looked to be in control after pouring in 33 points in the first quarter to take the early 14-point lead, but it didn’t last at all as the Kings were always fighting an uphill battle after getting blown out by 46-17 in the second quarter. Buddy Hield had a night to forget as he scored just eight points on three of 12 shooting off the bench.

Meanwhile, the Philadelphia 76ers have been on a tear lately as they’ve won 13 of their past 16 games overall and they will be aiming for a fourth straight victory after routing the Lakers in a 105-87 home win on Thursday. Joel Embiid led the team with 26 points, nine rebounds and seven assists, Tobias Harris added 23 points on 10 of 15 shooting while Tyrese Maxey tallied 14 points with seven rebounds and 10 assists. As a team, the 76ers shot 50 percent from the field and 13 of 35 from the 3-point line as they set the tone with 32 points in the first quarter to take the narrow lead into halftime, before going on a decisive 26-11 run in the third quarter to lead by as many as 22 points.

Head to head, the over is 5-2 in the last seven meetings in Philadelphia and the Kings are 7-20 ATS in the last 27 meetings overall.

The Kings will again be without Terence Davis and De’Aaron Fox, while Chimezie Metu is listed as questionable. As for the 76ers, Ben Simmons, Seth Curry and Shake Milton have all been ruled out once again. The Kings have been mired in their worst slump of the season and their last two losses have been absolute blowouts while the 76ers have been one of the hottest teams in the league lately with Embiid putting up monster numbers on a nightly basis. The line is hefty, but there’s just no backing the Kings while they’re playing this poorly.