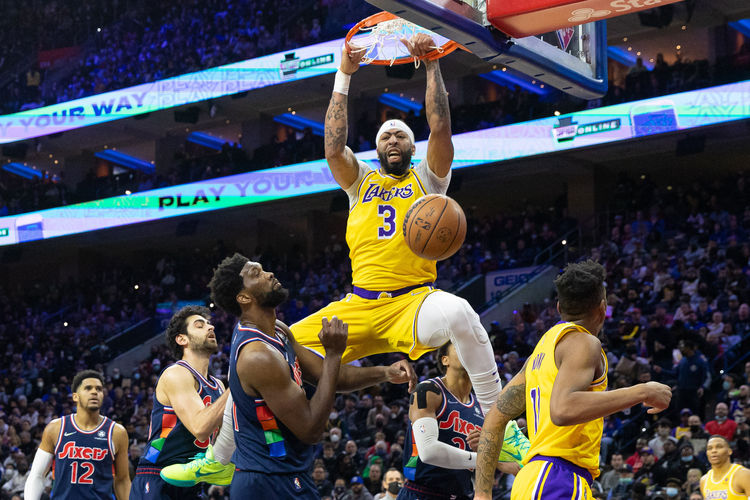 The Los Angeles Lakers pay a visit to the Charlotte Hornets at the Spectrum Center on Friday night.

The Los Angeles Lakers have been in a rut as they’ve lost six of their past nine games overall and they will be hoping to bounce back after last night’s 105-87 road loss to the 76ers. Anthony Davis led the team with 31 points, 12 rebounds and four blocks, Russell Westbrook added 20 points on nine of 15 shooting while Malik Monk chipped in with 11 points, but no other player finished in double figures. As a team, the Lakers shot just 40 percent from the field and six of 29 from the 3-point line as they shook off a sluggish start to trail by just six points at halftime, but the game slipped away from them in the third quarter where they were outscored by 34-20 to trail by as many as 22 points as they just had no answer for the 76ers’ duo of Joel Embiid and Tobias Harris who combined for 49 points.

Meanwhile, the Charlotte Hornets gave been in fine form as they’ve won eight of their past 11 games overall and they will be looking to stay hot after making light work of the Pacers in a 158-126 road win on Wednesday. LaMelo Ball led the team with a triple-double of 29 points with 10 rebounds and 13 assists, Kelly Oubre Jr. drained 10 3-pointers to lead the team with 39 points off the bench while Miles Bridges chipped in with 22 points on eight of 10 shooting. As a team, the Hornets shot a sizzling 58 percent from the field and 24 of 45 from the 3-point line as they led by just one point at halftime, before exploding for 87 points in the second half to make it a complete blowout in the end.

The Lakers lost with LeBron James in the lineup last night and he is currently listed as day to day, so the Lakers could be shorthanded again. The Hornets are also missing a few players as Gordon Hayward and Jalen McDaniels are both out while Kelly Oubre Jr is listed as questionable. The injury cloud over James makes this one really tricky to predict, but the Hornets are the hotter team at the moment and I like them to take advantage of the Lakers if James doesn’t suit up here.