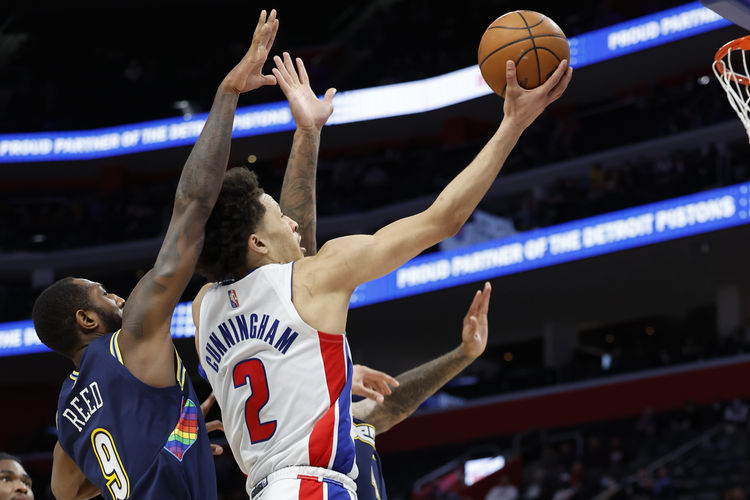 The Detroit Pistons and the Orlando Magic duke it out at the Amway Center on Friday night.

The Detroit Pistons have been in a real slump as they’ve lost five of their past six games overall and they will be hoping to put an end to a three-game skid after falling just short to the Nuggets in a 110-105 home loss on Tuesday. Cade Cunningham led the team with 34 points, eight rebounds and eight assists, Saddiq Bey added 21 points while Hamidou Diallo chipped in with 14 points. As a team, the Pistons shot 42 percent from the field and 12 of 36 from the 3-point line as they struggled to keep up with the Nuggets right from the start and trailed by as many as 15 points before limiting the Nuggets to just 13 points in the fourth quarter to make it interesting late.

Meanwhile, the Orlando Magic have been in a major slump as they’ve lost 5 of their past 17 games overall and they will be hoping to bounce back after falling to the Clippers in a 111-102 home loss on Wednesday. Franz Wagner led the team with 21 points and nine assists on nine of 12 shooting, Cole Anthony added 19 points with 11 assists while Jalen Suggs and Gary Harris each scored 14 points. As a team, the Magic shot 45 percent from the field and nine of 35 from the 3-point line as they squandered an early 14-point lead, before getting blown out in the fourth quarter where the Clippers poured on 35 points to blow them away late.

Head to head, the Pistons are 7-2 ATS in the last nine meetings overall.

The Pistons are going to be without Jerami Grant and Kelly Olynyk once again, while the Magic will be without E’Twaun Moore, RJ Hampton and Michael Carter-Williams. Here we have two of the worst teams in the league colliding in a game neither team is too keen on winning. The Pistons were more than competitive in their last two losses to the Nuggets, while the Magic haven’t been able to get anything going despite getting some players back in their lineup like Suggs and Harris. You couldn’t bet on either team with much confidence this season, but the Pistons are 7-2 ATS in the last nine meetings overall and I think they can get the win in this spot.