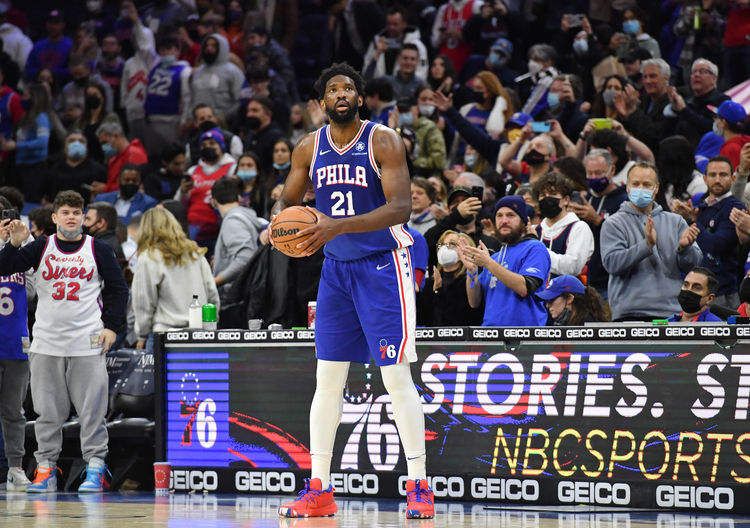 The Los Angeles Lakers and the Philadelphia 76ers duke it out at the Wells Fargo Center on Thursday night.

The Los Angeles Lakers have been in decent shape as they’ve won three of their past five games overall and they will be looking to stay hot after taking down the Nets in a 106-96 road win on Tuesday. LeBron James led the team with 33 points, seven rebounds and six assists, Malik Monk added 22 points on seven of 13 shooting off the bench while Russell Westbrook tallied 15 points with six rebounds and four assists. As a team, the Lakers shot 47 percent from the field and 12 of 38 from the 3-point line as they poured in 33 points in the first quarter to take the early lead, before pouring in another 30 points in the third quarter to push the lead out to 15 points. Anthony Davis played just 25 minutes in his return to the lineup, but he was impactful as he finished with eight points, two assists and four blocks.

Meanwhile, the Philadelphia 76ers have been in fine form as they’ve won five of their past seven games overall and they will be aiming for a third straight win after taking down the Pelicans in a 117-107 home win on Tuesday. Joel Embiid led the team with 42 points, 14 rebounds and four blocks, Tobias Harris added 33 points with 11 rebounds on 13 of 19 shooting while Furkan Korkmaz chipped in with 13 points. As a team, the 76ers shot 46 percent from the field and 10 of 31 from the 3-point line as they struggled to get going and trailed by as many as 10 points in the first half, before taking over in the second half where they outscored the Pelicans by 67-49 to win comfortably in the end. The 76ers got next to nothing from their bench as no reserve scored more than six points, but the combination of Harris and Embiid provided constant offense.

The Lakers are going to be shorthanded once again as Kendrick Nunn is still out, but the good news is that Davis is listed as probable and will likely remain on a minutes restriction. The 76ers will again be without Shake Milton and Seth Curry while Danny Green is listed as questionable. The Lakers were good enough to get the much-needed win over the depleted Nets thanks to a big game from James, but Davis is clearly working his way back into shape, so the Lakers still need other role players to step up like Monk did on Tuesday. The 76ers have been one of the hottest teams in the league with Embiid making a strong statement for MVP this season. You can make an argument for either side her, but with the line so short, I’m sticking with the more consistent 76ers to stay hot with another win and cover here. The Lakers are only 1-5 ATS in the last six meetings overall and I think that trend continues in this spot.