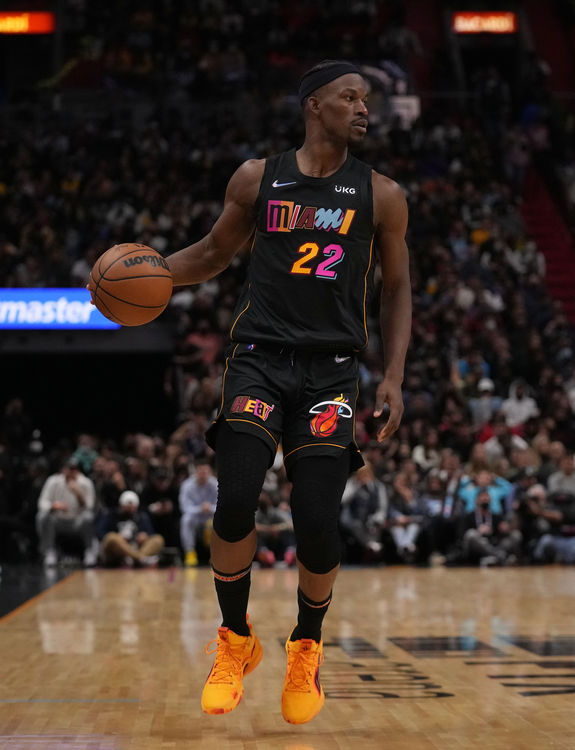 The New York Knicks invade the FTX Arena to do battle with the Miami Heat on Wednesday night.

The New York Knicks have been in a rut as they’ve lost four of their past five games and they will be hoping to bounce back after falling just short to the Cavaliers in a 95-93 road loss on Monday. RJ Barrett led the team with 24 points on nine of 16 shooting, Julius Randle added 18 points with seven rebounds and four assists while Obi Toppin chipped in with 13 points off the bench. As a team, the Knicks shot just 41 percent from the field and 12 of 38 from the 3-point line as they clawed their way back from a 15-point deficit to tie the scores late in the fourth quarter, only to miss their last four shots to allow the Cavaliers to steal the game late. Immanuel Quickly had a night to forget as he scored just three points on one of 10 shooting off the bench.

Meanwhile, the Miami Heat have won seven of their past nine games overall and they will be looking to stay hot after outlasting the Lakers in a 113-107 home win on Sunday. Duncan Robinson led the team with 25 points on eight of 13 shooting, Jimmy Butler tallied a triple-double of 20 points with 10 rebounds and 12 assists while Bam Adebayo chipped in with 14 points, eight rebounds and five assists. As a team, the Heat shot 49 percent from the field and 15 of 33 from the 3-point line as they jumped all over the Lakers right from the start and set the tone with 39 points in the first quarter to take an early double-digit lead, before going on another run in the third quarter to push the margin out to 26 points.

The Knicks are going to be without Ryan Arcidiacono, while Mitchell Robinson and Nerlens Noel are both questionable. The Heat are again without Kyle Lowry for personal reasons while KZ Okpala and Victor Oladipo are still injured. The Knicks could really do with a win to get their season back on track, but they’ve gone cold lately and they are only 2-6 ATS in the last eight meetings overall. The Heat are coming into this meeting with plenty of momentum despite their injuries and they are 5-1 ATS in their last six games against a team with a losing record. Give me the Heat to get the win and cover behind another big game from Butler.