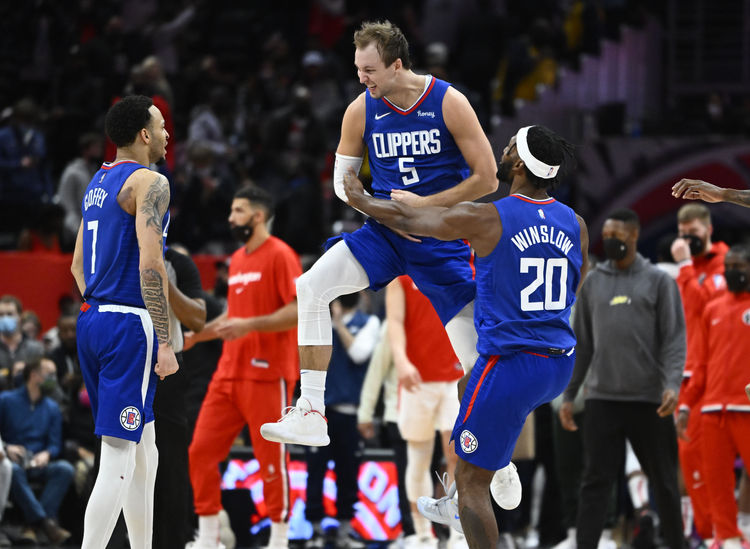 The Orlando Magic play host to the Los Angeles Clippers at the Amway Center on Wednesday night.

The Los Angeles Clippers have been in decent form as they’ve won three of their past five games and they will be looking to stay hot after last night’s thrilling 116-115 road win over the Wizards. Amir Coffey led the team with 29 points, Luke Kennard added 25 points, eight rebounds and six assists off the bench while Terance Mann and Isaiah Hartenstein each scored 16 points. As a team, the Clippers shot just 41 percent from the field and 11 of 29 from the 3-point line as they struggled mightily in the first half and trailed by as many as 35 points, before rallying in the second half to pip the Wizards thanks to Kennard who scored seven points in the final 9.0 seconds to complete the comeback.

Meanwhile, the Orlando Magic have been in a terrible shape as they’ve lost 14 of their past 16 games, but they will be looking to build some momentum after snapping a four-game slide with a 114-95 win over the Bulls on Sunday. Mauritz Wagner led the team with 23 points on nine of 13 shooting off the bench, Wendell Carter Jr. added 19 points with seven rebounds and three blocks while Franz Wagner chipped in with 18 points and five assists. As a team, the Magic shot 52 percent from the field and 12 of 26 from the 3-point line, but this win was all about their effort on defense as they held the Bulls to just 37 points in the first half to take a 16-point lead into halftime, before running away with it in the fourth quarter where they led by as many as 20 points.

The Clippers are going to be shorthanded again as Paul George and Kawhi Leonard are still out, while Marcus Morris is listed as day to day. The Magic have a list of injuries including RJ Hampton, E’Twaun Moore and Michael Carter-Williams are all out, while Mo Bamba is listed as questionable. It’s always tough playing on zero days’ rest, but the Clippers might still be celebrating their thrilling comeback win over the Wizards and they are 4-0 ATS in the last four meetings in Orlando. With the line so short, I’m sticking with the Clippers to stay hot with another close win in this spot.