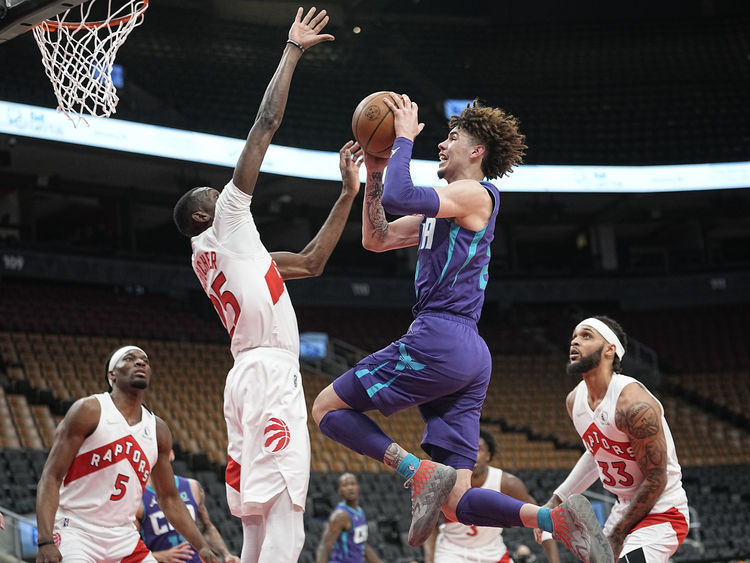 The Charlotte Hornets and the Indiana Pacers duke it out at the Gainbridge Fieldhouse on Wednesday night.

The Charlotte Hornets have been in great form as they’ve won seven of their past 10 games overall, but they will be hoping to snap a two-game skid after falling short to the Raptors in a 125-113 road loss last night. LaMelo Ball led the team with 25 points and seven assists, Miles Bridges added 22 points while James Bouknight chipped in with 18 points off the bench. As a team, the Hornets shot 48 percent from the field and 10 of 31 from the 3-point line, but they just didn’t match the urgency of the Raptors to start the game and were always fighting an uphill battle after allowing 76 points in the first half. The Hornets trailed in this one by as many as 22 points, before making a run in the fourth quarter to keep the final score respectable. Kelly Oubre Jr. scored just nine points on three of 11 shooting off the bench while Cody Martin scored just four points on two of eight shooting.

Meanwhile, the Indiana Pacers have been in a real slump as they’ve lost 12 of their past 15 games overall and they will be hoping to snap a two-game skid after falling just short to the Pelicans in a 117-113 road loss on Monday. Duane Washington Jr. led the team in scoring with 21 points off the bench, Caris LeVert added 19 points with six rebounds and eight assists while Chris Duarte chipped in with 14 points. As a team, the Pacers shot 43 percent from the field and 19 of 46 from the 3-point line as they kept pace with the Pelicans to take the lead midway through the fourth quarter, before the Pelicans went on a pivotal 9-0 run to pull away and steal the game late.

The Hornets are going to be shorthanded once again as Jalen McDaniels has been ruled out with an ankle injury while Gordon Hayward is listed as day to day. The Pacers will again be without Domantas Sabonis, Malcolm Brogdon, TJ McConnell and Myles Turner. The Hornets were in red-hot form before dropping their last two games, so I expect them to make a return to the win column despite playing on zero days’ rest. The Pacers have been a mess ever since they announced the rebuild and they’re playing without their best players. The Hornets are 5-0 ATS in the last five meetings overall and I think that trend continues here as the Hornets get the narrow win and cover.