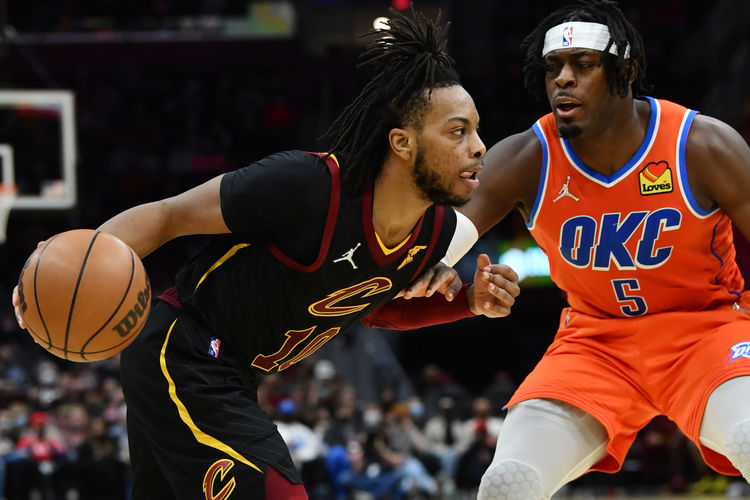 The New York Knicks and the Cleveland Cavaliers duke it out at the Rocket Mortgage Fieldhouse on Monday night.

The New York Knicks have been in decent shape as they’ve won six of their past 10 games overall and they will be feeling better after stopping a three-game skid with a 110-102 home win over the Clippers last night. RJ Barrett led the team with 28 points, 14 rebounds and six assists, Julius Randle added 24 points with nine rebounds and five assists while Evan Fournier chipped in with 14 points. As a team, the Knicks shot just 42 percent from the field and 16 of 36 from the 3-point line as they set the tone with 39 points in the first quarter to take the early lead going into halftime before restricting the Clippers to just 20 points in the third quarter to push the lead out to 14 points.

Meanwhile, the Cleveland Cavaliers have been in red-hot form as they’ve won six of their past seven games and they will be aiming to stay hot after taking down the Thunder in a 94-87 on Saturday. Darius Garland led the team with 23 points and 11 assists, Evan Mobley added 15 points with 17 rebounds while Jarrett Allen chipped in with 14 points, 13 rebounds and two blocks. As a team, the Cavaliers shot 46 percent from the field and just six of 27 from the 3-point line as they struggled to gain any separation from the pesky Thunder until midway through the third quarter where they went on a pivotal 21-7 run to pull away and escape with the win.

Head to head, the Knicks are 5-2 ATS in the last seven meetings overall.

The Knicks could be shorthanded once again as Kemba Walker, Luka Samanic and Mitchell Robinson are all listed as questionable, while Derrick Rose is still out. The Cavaliers are still without Ricky Rubio and Lauri Markkanen while Rajon Rondo is listed as questionable. The Knicks will be feeling much better after getting the much-needed win in their last outing, but they’re coming into this one banged up which is why they’re big underdogs in this spot. The Cavaliers have quietly been one of the hottest teams in the league and they are 10-3-1 ATS in their last 14 home games. The Knicks will hang around in the first half, but I have the Cavaliers pulling away for the win and cover.