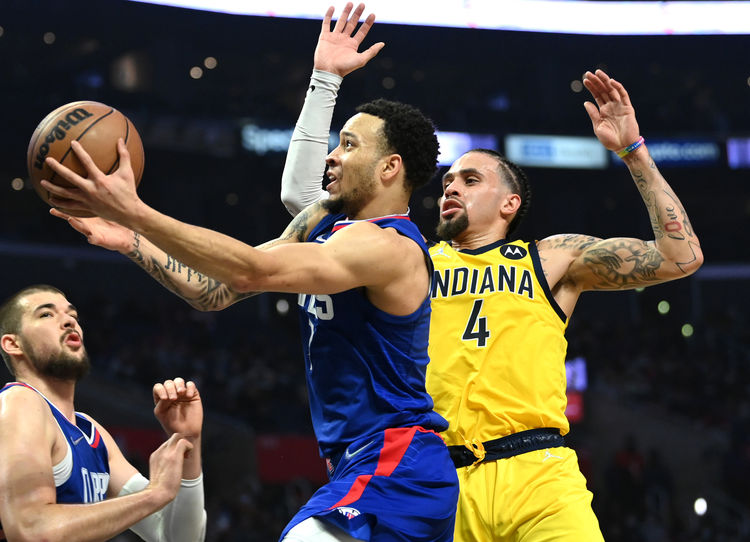 The Los Angeles Clippers pay a visit to the New York Knicks at Madison Square Garden on Sunday afternoon.

The Los Angeles Clippers have been in decent shape as they’ve won four of their past seven games and they will be hoping to stay hot after sneaking past the 76ers in a 102-101 road win on Friday. Reggie Jackson led the team with 19 points and nine assists, Nicolas Batum added 15 points with seven rebounds on six of nine shooting while Ivica Zubac, Marcus Morris and Amir Coffey each scored 12 points. As a team, the Clippers shot 46 percent from the field and 11 of 32 from the 3-point line as they struggled in the second quarter and fell behind by as many as 24 points, but they stuck together and closed the final 5:46 on a 22-12 run to escape with the impressive comeback win. Terance Mann had a night to forget as he scored just two points on zero of five shooting off the bench.

Meanwhile, the New York Knicks have won five of their past nine games overall, but they will be hoping to arrest a three-game skid after getting routed by the Pelicans in a 102-91 home loss on Thursday. Mitchell Robinson led the team with 17 points and 15 rebounds on six of seven shooting, RJ Barrett added 17 points while Immanuel Quickley chipped in with 14 points and five assists off the bench. As a team, the Knicks shot just 37 percent from the field and nine of 38 from the 3-point line as they struggled to find their offense and scored just 17 points in the first quarter to fall behind at halftime and things only got worse in the third quarter where they managed just 15 points to fall behind by as many as 25 points. Julius Randle had a nightmare of a game as he finished with just four points on one of nine shooting while Kemba Walker scored just five points on one of five shooting.

Head to head, the over is 5-1 in the last six meetings overall and the Clippers are 7-1 ATS in the last eight meetings in New York.

The Clippers are going to be without Paul George once again, while the Knicks are still missing Nerlens Noel Cameron Reddish and Derrick Rose. The Clippers have been well below their best lately, but they would’ve taken so much confidence from their comeback win over the red-hot 76ers, while the Knicks have really cooled off with three losses in a row. This should be a close, low-scoring affair and the Clippers are 7-1 ATS in the last eight meetings in New York, so I’m taking the Clippers with the points in a game they could win outright.