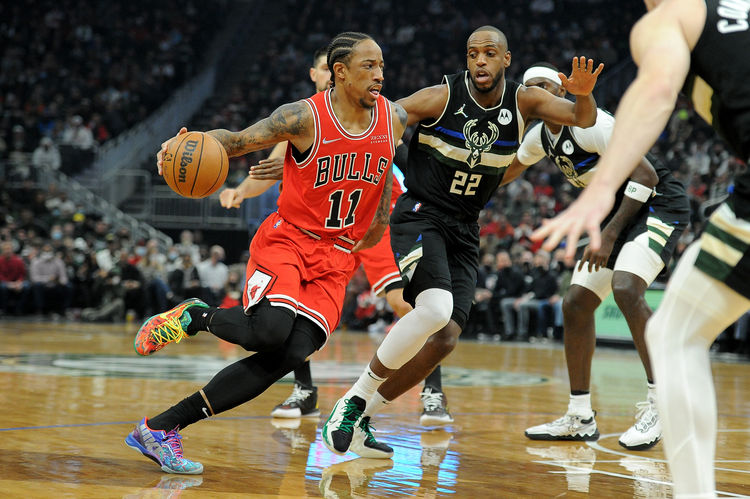 The Chicago Bulls and the Orlando Magic duke it out at the Amway Center on Sunday night.

The Chicago Bulls have been in a real funk lately as they’ve lost five of their past six games and they will be hoping to bounce back after falling just short to the Bucks in a 94-90 road loss on Friday. DeMar DeRozan led the team with 35 points on nine of 18 shooting, Nikola Vucevic added 19 points with 11 rebounds and two blocks while Matt Thomas chipped in with 11 points off the bench. As a team, the Bulls shot a miserly 36 percent from the field and seven of 38 from the 3-point line as they kept pace with the Bucks in a tight contest despite never finding their rhythm on offense, but they ran out of gas and scored just 21 points in the fourth quarter to allow the Bucks to steal the game late. Coby White had a night to forget as he scored just seven points on three of 15 shooting from the field and zero of nine from the 3-point line.

Meanwhile, the Orlando Magic have been in a terrible slump as they’ve lost 14 of their past 15 games and they will be hoping to arrest a four-game slide after getting thrashed by the Lakers in a 116-105 home loss on Friday. Jalen Suggs led the team with 22 points and nine assists, Franz Wagner added 15 points on six of nine shooting while Gary Harris chipped in with 13 points. As a team, the Magic shot 44 percent from the field and 11 of 40 from the 3-point line as they got off to a nice start and poured in 35 points in the second quarter to take an early 10-point lead, but it didn’t last long as they fell back down to Earth after the Lakers outscored them by 31-16 in the third quarter to take the lead for good. Cole Anthony had a rough night as he scored just four points on two of nine shooting.

The Bulls have been a little banged up lately and they’re going to be without Lonzo Ball, Alex Caruso and Zach LaVine once again, while the Magic will be without Michael-Carter Williams, E’Twaun Moore and RJ Hampton while Terrence Ross is listed as questionable. The Bulls could really do with a win to get their season back on track and they may have found their ideal opponent in the Magic who have lost 14 of their last 15. This is a tough one to pick as the Bulls have so many key players missing, but they need a win more than the Magic and I think they escape with the narrow win and cover in this spot.