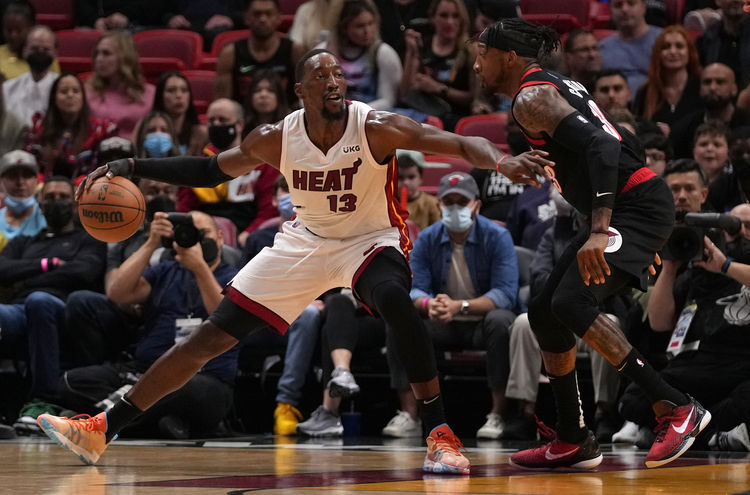 The Miami Heat invade the State Farm Arena to take on the Atlanta Hawks on Friday night.

The Miami Heat have been on a nice run as they’ve won six of their past seven games and they will be aiming for a third straight victory after routing the Trail Blazers in a 104-92 home win on Wednesday. Caleb Martin led the team with 26 points on eight of 12 shooting off the bench, Bam Adebayo added 20 points with 11 rebounds, four assists and five steals while Max Struss chipped in with 15 points off the bench. As a team, the Heat shot 46 percent from the field and 12 of 35 from the 3-point line as they looked to be in trouble after trailing by eight points in the third quarter, but they clamped down defensively and held the Trail Blazers to just 12 points in the fourth quarter to win comfortably in the end. Jimmy Butler scored just four points on one of four shooting, before getting ejected after receiving a pair of technicals in the second quarter.

Meanwhile, the Atlanta Hawks have been in a bit of a rut as they’ve lost nine of their past 13 games, but they will be aiming for a third straight victory after taking down the Timberwolves in a 134-122 home win on Wednesday. Trae Young led the team with 37 points and 14 assists, DeAndre Hunter added 22 points while John Collins and Onyeka Okongwu each scored 17 points. As a team, the Hawks shot 52 percent from the field and 15 of 38 from the 3-point line as they endured a slow start and trailed by as many as 16 points, before they flipped the game on its head with 45 points in the third quarter to lead by as many as 19 points.

The Heat are going to be shorthanded once again as Kyle Lowry, Tyler Herro and KZ Okpala, while the Hawks are without Bogdan Bogdanovic while Danilo Gallinari and Clint Capela are both listed as questionable. The Heat are coming in as the team in better form and they will be full of confidence after rallying past the Trail Blazers on Wednesday, while the Hawks are finally starting to build some momentum after beating the Timberwolves for their second straight win. This should be a close one, but the Hawks are only 2-11 ATS in their last 13 home games, so I’m leaning towards the Heat to escape with the win behind a bounce-back performance from Butler after he was ejected on Wednesday.