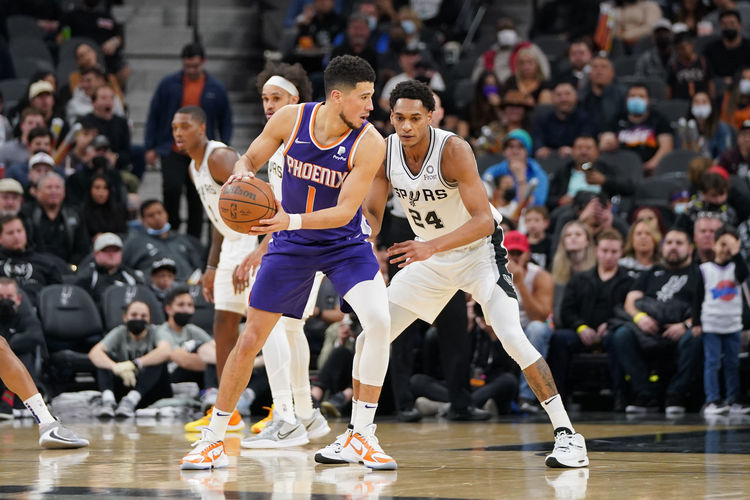 The Phoenix Suns pay a visit to the Dallas Mavericks at the American Airlines Center on Thursday night.

The Phoenix Suns have been in red-hot form as they’ve won seven of their past eight games overall and they will be looking to build on their current four-game win streak after routing the Spurs in a 121-107 road win on Monday. Devin Booker led the team with 48 points and six assists on 18 of 33 shooting, Bismack Biyombo added 17 points with 14 rebounds off the bench while Chris Paul chipped in with 15 points and 12 assists. As a team, the Suns shot 51 percent from the field and nine of 32 from the 3-point line as they struggled against the Spurs for most of the game to trail by as many as 12 points in the third quarter, but they regrouped and dominated the fourth quarter by 34-16 to win comfortably in the end.

Meanwhile, the Dallas Mavericks have been in great shape themselves as they’ve won 10 of their past 11 games and they will be aiming for a fifth straight victory after sneaking past the Raptors in a 102-98 home win last night. Luka Doncic led the team with a season-high 41 points, 14 rebounds and seven assists, Kristaps Porzingis added 18 points with seven rebounds while Tim Hardaway Jr. chipped in with 16 points off the bench. As a team, the Mavericks shot 48 percent from the field and nine of 33 from the 3-point line as they leaned heavily on Doncic who poured in 22 points in the first half, before winning behind their defense in a close one as they held the Raptors to just two points in the final 1:54 to escape with the win.

The Suns are mostly at full strength except for Abdel Nader and DeAndre Ayton who are listed as out, while the Mavericks have ruled out Sterling Brown who is dealing with an ankle injury. Two of the hottest teams in the league collide in what should be the game of the night and it’s hard to split them. The Suns have continued to roll through teams as Booker has picked up the slack in Ayton’s absence, while the Mavericks have leaned on Doncic who is coming off a season-high 41-point performance. It’s tempting to go with the Mavericks as underdogs at home, but the Suns are 8-1 ATS in the last nine meetings in Dallas and I think they escape with the narrow win and cover in this spot.