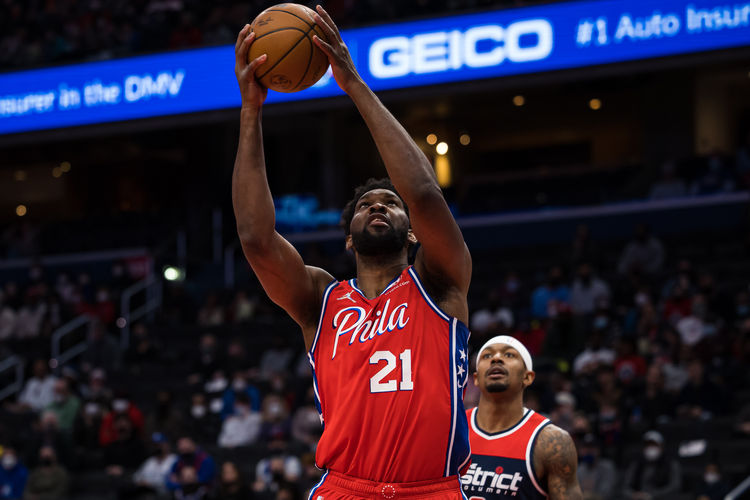 The Orlando Magic pay a visit to the Philadelphia 76ers at the Wells Fargo Center on Wednesday night.

The Orlando Magic have been in terrible form as they’ve lost 12 of their past 13 games overall and they will be hoping to bounce back after falling short to the Trail Blazers in a 98-88 home loss on Monday. Franz Wagner and Mauritz Wagner each scored 14 points while Gary Harris and Jalen Suggs scored 10 points each, but no other player finished in double figures. As a team, the Magic shot just 37 percent from the field and eight of 32 from the 3-point line as they struggled to find their offense right from the start and found themselves trailing by 14 points at halftime after scoring just 40 points in the first half and things only got worse in the third quarter where they fell behind by as many as 24 points. Cole Anthony had a night to forget as he finished with just nine points on three of 13 shooting from the field and one of seven shooting from the 3-point line.

Meanwhile, the Philadelphia 76ers have been in red-hot form as they’ve won nine of their past 11 games, but they will be hoping for a better showing after getting embarrassed by the Wizards in a 117-98 road loss on Monday. Joel Embiid led the team with 32 points on 10 of 20 shooting, while Tyrese Maxey added 18 points, but no other player scored more than eight points. As a team, the 76ers shot just 40 percent from the field and seven of 26 from the 3-point line as they weren’t switched on defensively and quickly found themselves in a battle after allowing 38 points in the first quarter. Leaning heavily on Embiid, the 76ers clawed their way back into the contest, only to get blown out in the fourth quarter where they managed just 15 points. Tobias Harris had a rough night as he finished with just seven points on three of 11 shooting.

The Magic are still dealing with a list of players out including E’Twaun Moore, Michael Carter-Williams and Wendell Carter Jr, while the 76ers will again be without Shake Milton, Matisse Thybulle and Danny Green. The Magic have been the doormats of the league all season and their confidence took yet another hit after scoring just 88 points in a loss to the Trail Blazers in their last outing. The 76ers were one of the hottest teams in the league before Monday’s loss to the Wizards, so it’s no wonder they’re the heavy favorites in this one. The Magic are only 1-4 ATS in the last five meetings in Philadelphia and I think that trend continues here as the 76ers win big.