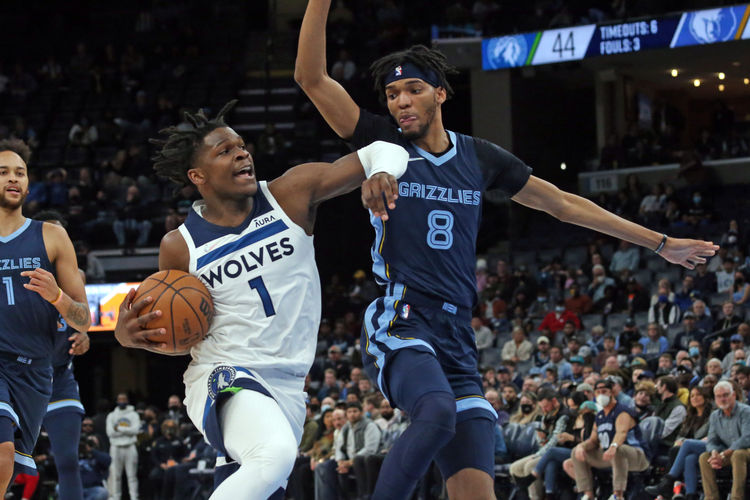 The Minnesota Timberwolves and the Atlanta Hawks duke it out at the State Farm Arena on Wednesday night.

The Minnesota Timberwolves have been in fine form as they’ve won six of their past eight games and they will be aiming for a third straight win after outlasting the Knicks in a 112-110 road win last night. Anthony Edwards led the team in scoring with 21 points on eight of 17 shooting, Karl-Anthony Towns added 20 points on six of 12 shooting while D’Angelo Russell chipped in with 17 points. As a team, the Timberwolves shot 43 percent from the field and 13 of 41 from the 3-point line as they squandered a 12-point lead after allowing 40 points in the third quarter, but they regrouped and made up for it late in the fourth quarter where they held the Knicks to just three points in the final 3:40 to escape with the narrow win.

Meanwhile, the Atlanta Hawks have been in a real slump as they’ve lost nine of their past 12 games, but they will be feeling much better after arresting a five-game slide with a 121-114 home win over the Bucks on Monday. Trae Young led the team with 30 points and 11 assists, DeAndre Hunter added 20 points while John Collins and Danilo Gallinari each scored 16 points. As a team, the Hawks shot 44 percent from the field and 15 of 36 from the 3-point line as they struggled for most of the game and trailed by as many as 14 points before coming alive in the second half where they outscored the Bucks by 71-52 to win comfortably in the end.

The Timberwolves have really picked up steam over their past eight games and they will be full of confidence after last night’s hard-fought win over the Knicks. The Hawks have yet to find their groove all season, but they will be looking to build some momentum after beating the Bucks in an upset on Monday, but they are going to be shorthanded again as Bogdan Bogdanovic and Clint Capela are both out. This should be a close one, but I’m sticking with the Timberwolves to escape with the minor upset in this spot.