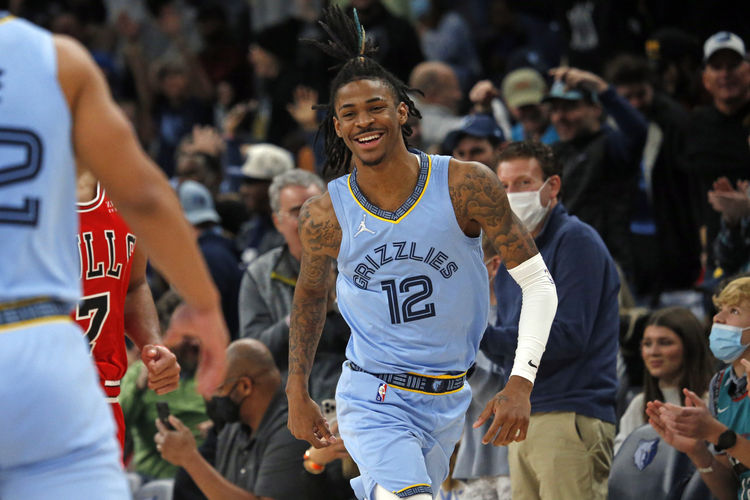 The Memphis Grizzlies invade the Fiserv Forum to take on the Milwaukee Bucks on Wednesday night.

The Memphis Grizzlies have been the hottest team in the league lately as they’ve won 12 of their past 13 games and they will be eager to stay hot after blowing past the Bulls in a 119-106 win on Monday. Ja Morant led the team with 25 points, Desmond Bane added 25 points on 10 of 17 shooting while Jaren Jackson Jr. chipped in with 14 points and five blocks. As a team, the Grizzlies shot 51 percent from the field and 10 of 25 from the 3-point line as they took control of the game with 38 points in the second quarter, before going on another run in the third quarter to push the lead out to 28 points.

Meanwhile, the Milwaukee Bucks have been in a real slump as they’ve lost six of their past eight games overall and they will be hoping to snap a two-game skid after getting stopped by the Hawks in a 121-114 road loss on Monday. Khris Middleton led the team with 34 points, seven rebounds and four assists, Giannis Antetokounmpo added 27 points with six rebounds and six assists while Pat Connaughton chipped in with 14 points off the bench. As a team, the Bucks shot 44 percent from the field and 16 of 38 from the 3-point line as they dominated the first half to build an early 14-point lead, before losing their focus in the second half where they allowed 71 points in a disappointing finish.

Head to head, the over is 3-0-1 in the last four meetings in Milwaukee.

The Grizzlies are going to be a little shorthanded in this one as Kyle Anderson and Desmond Bane have both been ruled out, while the Bucks could again be without Jrue Holiday who is currently listed as questionable. The Bucks would be massive favorites if Holiday was confirmed to start, but as it stands, I think the value is with the Grizzlies and the points as they should be able to at least keep this one close till the end.