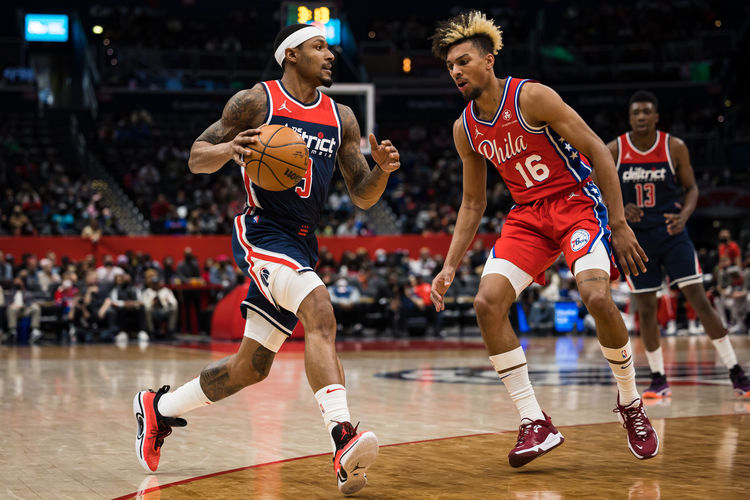 The Brooklyn Nets invade the Capital One Arena to do battle with the Washington Wizards on Wednesday night.

The Brooklyn Nets have been in decent shape as they’ve split their last eight games, but they will be hoping to bounce back in this on after falling short against the Cavaliers in a 114-107 road loss on Monday. Kyrie Irving led the team with 27 points, seven rebounds and nine assists, James Harden added 22 points with seven rebounds and 10 assists while LaMarcus Aldridge chipped in with 13 points off the bench. As a team, the Nets shot 49 percent from the field and 12 of 30 from the 3-point line, but they were poor on the defensive end in the first half where they allowed 65 points, before going ice-cold in the fourth quarter where they managed just 19 points to allow the Cavaliers to steal the game late.

Meanwhile, the Washington Wizards have been in pretty good form as they’ve won four of their past five games and they will be looking to stay hot after taking down the surging 76ers in a 117-98 home win on Monday. Montrezl Harrell led the team with 18 points on six of nine shooting off the bench, Thomas Bryant and Kyle Kuzma each scored 15 points while Kentavious Caldwell-Pope chipped in with 14 points. As a team, the Wizards shot 48 percent from the field and nine of 30 from the 3-point line as they stormed out of the gates with 38 points in the first quarter to take the early lead, before going on a final push in the fourth quarter where they held the 76ers to just 15 points to make it a blowout.

The Nets have been hit hard by injuries and they will again be without Kevin Durant, Joe Harris, Paul Millsap and Nic Claxton. The Wizards are coming into this meeting as the healthier team and their confidence will be sky-high after routing the red-hot 76ers in their last outing. The Nets are just so banged up right now and they are only 5-16 ATS in the last 21 meetings in Washington, so I’m taking the Wizards in this spot.