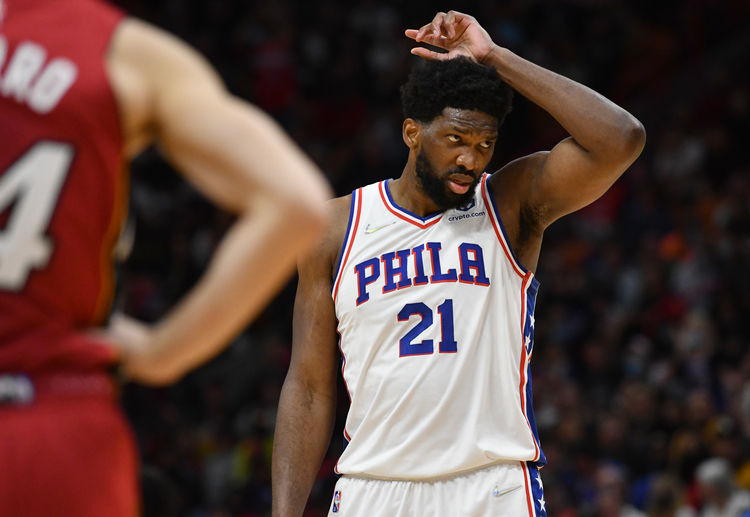 The Philadelphia 76ers travel to the Capital One Arena to take on the Washington Wizards on Monday afternoon.

The Philadelphia 76ers have been on fire lately as they’ve won nine of their past 10 games overall and they will be aiming for a third straight victory after routing the Heat in a 109-98 road win on Saturday. Joel Embiid led the team with 32 points and 12 rebounds, Tobias Harris added 22 points with eight rebounds and three assists while Seth Curry chipped in with 21 points and five assists. As a team, the 76ers shot 50 percent from the field and 13 of 32 from the 3-point line as they got off to a sluggish start and had to claw their way back from an early 13-point deficit, but they hit their groove in the second half where they exploded for 66 points to win easily in the end.

Meanwhile, the Washington Wizards were riding a three-game win streak before getting stopped by the Trail Blazers in a disappointing 115-110 home loss on Saturday. Spencer Dinwiddie led the team with 27 points and seven assists, Kyle Kuzma and Montrezl Harrell each scored 16 points while Corey Kispert chipped in with 13 points. As a team, the Wizards shot 43 percent from the field and 12 of 37 from the 3-point line, but they weren’t switched on defensively and were always fighting an uphill battle after allowing 39 points in the second quarter. Kentavious Caldwell-Pope had a night to forget as he scored just eight points on three of 11 shooting while Daniel Gafford scored just two points on zero of four shooting.

The 76ers will again be shorthanded as they will be without Shake Milton, Danny Green and Matisse Thybulle, while the Wizards will again be without their leading scorer in Bradley Beal. The Wizards will be itching to get back in the win column after dropping a winnable game against the depleted Trail Blazers, but they are still leaking too many points defensively and I don’t think that changes against the red-hot 76ers.