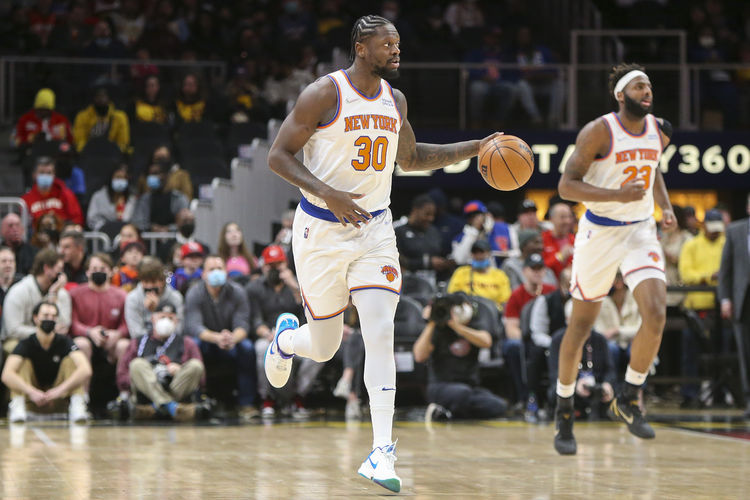 The Charlotte Hornets have been in great form lately as they’ve won seven of their past 10 games, but they will be hoping to bounce back in this one after having their four-game win streak halted by the Magic in a 116-109 home loss on Friday. LaMelo Ball led the team with 23 points and eight assists, Miles Bridges added 20 points, Terry Rozier scored 19 points with eight rebounds and six assists while Gordon Hayward chipped in with 18 points. As a team, the Hornets shot just 41 percent from the field and 12 of 42 from the 3-point line as they kept pace with the Magic in a close contest until the fourth quarter where they managed just 18 points to allow the Magic to snatch the game from them late.

Meanwhile, the New York Knicks have been on a nice run lately as they’ve won five of their past six games overall and they will be aiming for a fourth straight win after taking down the Hawks in a 117-108 road win on Saturday. RJ Barrett led the team with 26 points, Julius Randle added 24 points with nine assists, Evan Fournier added 18 points while Alec Burks chipped in with 17 points with nine rebounds and eight assists. As a team, the Knicks shot 50 percent from the field and 13 of 31 from the 3-point line as they as they poured in 34 points in the second quarter to take a 14-point lead into halftime. The Knicks’ lead was cut to just three points late in the fourth quarter before going on a pivotal 12-2 run to put the game to bed.

The Hornets will again be without Kelly Oubre Jr, while the Knicks will be shorthanded as they will be without Cam Reddish, Kemba Walker and Nerlens Noel. The Hornets were one of the hottest teams in the league before suffering a shock loss to the Magic on Friday, so they will be keen to get back on track, while the Knicks are coming into this game with plenty of momentum themselves after beating the Hawks on Saturday. You could make an argument for either side, but the Knicks are a team on the rise and I think their role players performing better at home will be the difference in a close one.