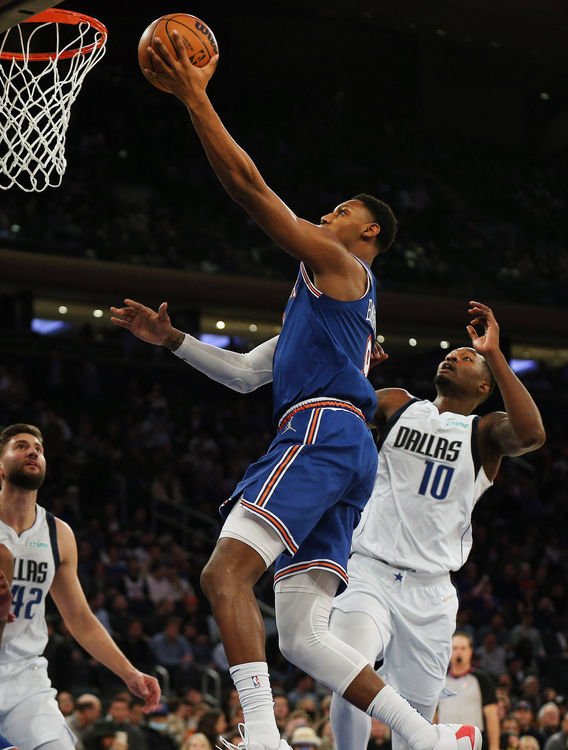 The New York Knicks have been in fine form as they’ve won four of their past five games overall and they will be aiming for a third straight victory after routing the Mavericks in a 108-85 home win on Wednesday. RJ Barrett led the team with 32 points on 13 of 22 shooting, Mitchell Robinson added 19 points with 10 rebounds on nine of 10 shooting while Julius Randle tallied 17 points with 12 rebounds and eight assists. As a team, the Knicks shot 46 percent from the field and 12 of 27 from the 3-point line as they set the tone with 30 points in the first quarter to take an 11-point lead into halftime, before running away in the second half as the lead only grew as the game wore on.

Meanwhile, the Atlanta Hawks have been in terrible form lately as they’ve lost eight of their past 10 games overall and they will be hoping to snap a four-game slide after getting stopped by the Heat in a 124-118 road loss last night. Trae Young led the team with 24 points and nine assists, DeAndre Hunter added 20 points on seven of 10 shooting while Danilo Gallinari chipped in with 18 points off the bench. As a team, the Hawks shot 48 percent from the field and 16 of 38 from the 3-point line as they rallied back from a 17-point deficit to take a 10-point lead, only to run out of gas in the fourth quarter where they managed just 19 points to allow the Heat to snatch the game from them late.

The Knicks will be shorthanded once again as they will be without Cam Reddish and Kemba Walker, while the Hawks are still without Clint Capela and Jalen Johnson. The Knicks have come to life with four wins in their past five games and they would’ve taken plenty of confidence from their dominant win over the Mavericks on Wednesday, while the Hawks are mired in their worst slump of the season and they will be playing this one on zero days’ rest after falling to the shorthanded Heat last night. The Knicks have already beaten the Hawks twice this season and they are 8-3-1 ATS in the last 12 meetings in Atlanta. Give me the Knicks to pull off the minor upset with a narrow win in this spot.