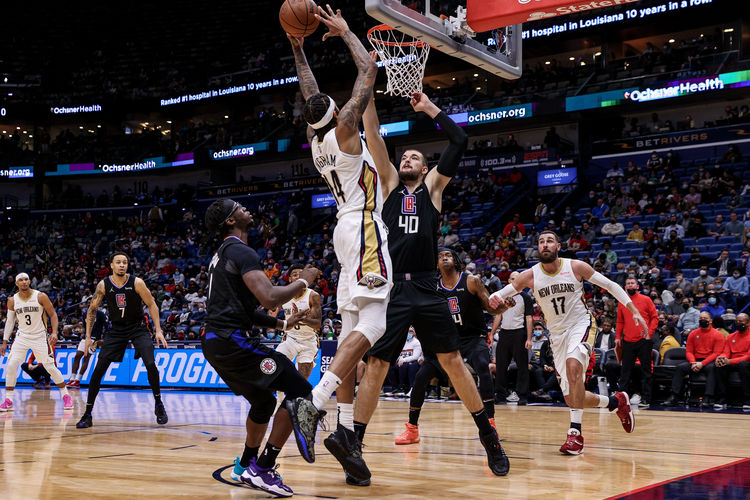 The New Orleans Pelicans and the Brooklyn Nets duke it out at the Barclays Center on Saturday night.

The New Orleans Pelicans have been in decent form lately as they’ve won three of their past four games and they will be looking to stay hot after blowing past the shorthanded Clippers in a 113-89 home win on Thursday. Brandon Ingram led the team with 24 points and six assists on 10 of 19 shooting, Jonas Valanciunas added 18 points with 16 rebounds while Herbert Jones chipped in with 14 points on five of six shooting. As a team, the Pelicans shot 44 percent from the field and 14 of 39 from the 3-point line, but this win was all about their defense as they set the tone by holding the Clippers to just 34 points in a dominant first half. Devonte Graham had a bit of a rough shooting night as he shot just four of 15 from the field while Nickeil Alexander-Walker shot just three of 10 from the field and zero of six from the 3-point line.

Meanwhile, the Brooklyn Nets have been struggling for consistency as they’ve lost six of their past nine games overall and they will be hoping to bounce back after getting thrashed by the Thunder in a 130-109 home loss on Thursday. James Harden led the team with 26 points, seven rebounds and nine assists, Cam Thomas scored 21 points off the bench while Bruce Brown chipped in with 10 points. As a team, the Nets shot just 41 percent from the field and seven of 32 from the 3-point line as they got off to a terrible start and quickly found themselves in deep trouble, trailing by 19 points going into halftime. Harden tried to carry the load in the absence of Kevin Durant and Kyrie Irving, but he shot just seven of 22 from the field and three of 11 from the 3-point line.

The Pelicans are coming into this game almost at full strength while the Nets will be missing a bunch of players including Kyrie Irving, Joe Harris and LaMarcus Aldridge who are all out while Nic Claxton is listed as questionable. This would be an easy win for the Nets if they had their whole roster, but with all their players sitting out, I’m going to have to lean towards the improving Pelicans who could win this one outright.