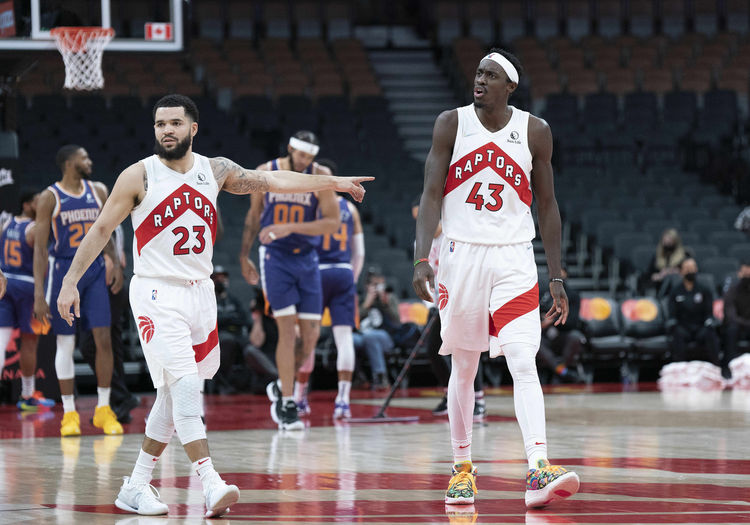 The Detroit Pistons play host to the Toronto Raptors at Little Caesars Arena on Friday night.

The Toronto Raptors have been in fine form as they were on a six-game win streak, before they were stopped in their tracks by the Suns in a 99-95 home loss on Tuesday. OG Anunoby led the team with 25 points, Pascal Siakam added 22 points with seven assists while Fred VanVleet chipped in with 21 points and five assists. As a team, the Raptors shot 40 percent from the field and just eight of 37 from the 3-point line as they worked their way back into the lead after squandering an early 11-point lead, only to see the Suns close the game on a 10-5 run in the final 1:02 to snatch the game from them late. Yuta Watanabe had a night to forget as he finished scoreless on zero of four shooting.

Meanwhile, the Detroit Pistons have been in pretty good shape lately as they’ve won four of their past seven games but they will be hoping to bounce back after getting demolished by the Bulls in a 133-87 road loss on Tuesday. Josh Jackson led the team in scoring with 16 points off the bench, Saddiq Bey added 14 points on five of 15 shooting while Cade Cunningham scored just eight points on three of 11 shooting. As a team, the Pistons shot just 33 percent from the field and just six of 35 from the 3-point line as they did their best to stay within single digits at halftime, but they were no chance in the second half where they got outscored by 72-35 as the Bulls ran riot.

The Raptors will be shorthanded once again as Gary Trent Jr and Scottie Barnes are both listed as questionable, while the Pistons have ruled out Frank Jackson. The Pistons have come to life with four wins in their past seven games, but they looked like the Pistons of old in their 46-point loss to the Bulls. The Raptors are coming into this meeting with plenty of momentum and I think they can take care of business in this spot.