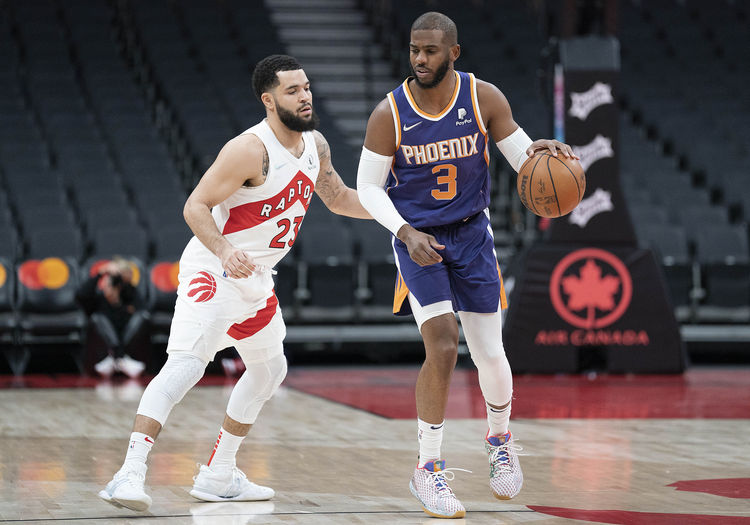 The Phoenix Suns and the Indiana Pacers duke it out at the Gainbridge Fieldhouse on Friday night.

The Phoenix Suns have been in great shape lately as they’ve won 10 of their past 14 games overall and they will be looking to stay hot after sneaking past the Raptors in a hard-fought 99-95 road win on Tuesday. Jae Crowder led the team with 19 points on seven of 14 shooting, DeAndre Ayton and Devin Booker each scored 16 points while Chris Paul tallied 15 points with 12 assists and five steals. As a team, the Suns shot 47 percent from the field and 11 of 32 from the 3-point line as they rallied back from an 11-point deficit, before closing the game on a 10-5 run in the final 1:02 to escape with the narrow win.

Meanwhile, the Indiana Pacers have been in a real slump lately as they’ve lost eight of their past nine games overall and they will be hoping to avoid a third straight defeat after getting stomped by the Celtics in a 119-100 home loss on Wednesday. Myles Turner led the team in scoring with 18 points on eight of 14 shooting, Domantas Sabonis added 17 points with six assists while Caris LeVert chipped in with 16 points on six of nine shooting. As a team, the Pacers shot 46 percent from the field and seven of 36 from the 3-point line as they kept pace with the Celtics in the first half, before getting blown away in the second half where they allowed 65 points. Malcolm Brogdon scored just six points on three of 17 shooting, before leaving the game with soreness in his Achilles.

The Suns could be shorthanded once again as Justin Jackson and Cameron Johnson are both listed as questionable while the Pacers will be sweating on the availability of Malcolm Brogdon and Torrey Craig who are both listed as questionable for this one. It’s a classic tale of two teams headed in opposite directions as the Suns have been one of the best teams in the league all season, while the Pacers have been a mess ever since they announced their rebuild. The Suns are 7-3 ATS in the last 10 meetings in Indiana and I think that trend continues here as the Suns get the win and cover in this spot.