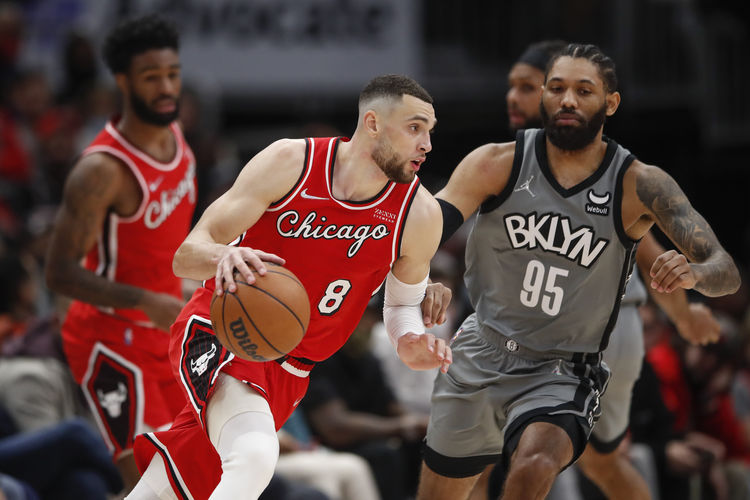 The Golden State Warriors pay a visit to the Chicago Bulls at the United Center on Friday night.

The Golden State Warriors have been in a bit of a rut lately as they’ve love four of their past five games and they will be hoping to snap a two-game skid after getting thrashed by the Bucks in a 118-99 road loss last night. Andrew Wiggins led the team in scoring with 16 points, Jonathan Kuminga added 15 points off the bench while Stephen Curry chipped in with 12 points, eight rebounds and four assists. As a team, the Warriors shot just 34 percent from the field and 16 of 48 from the 3-point line as they got off to a sloppy start and quickly found themselves in deep trouble, falling behind by 16 points in the first quarter and by 39 points halftime. Klay Thompson scored just 11 points on three of 11 shooting while Nemanja Bjelica finished scoreless on zero of seven shooting off the bench.

Meanwhile, the Chicago Bulls have been in red-hot form as they’ve won 10 of their past 12 games overall, but they will be hoping to bounce back after getting stomped by the Nets in a 138-112 home loss on Wednesday. Zach LaVine led the team with 22 points and six assists, DeMar DeRozan added 19 points while Coby White chipped in with 16 points off the bench. As a team, the Bulls shot 46 percent from the field and 11 of 30 from the 3-point line as they kept pace with the hot-shooting Nets until the third quarter where they were outscored by 39-19. Alfonzo McKinnie had a rough night as he scored just five points on two of 10 shooting while Lonzo Ball scored just nine points with seven rebounds and seven assists.

The Warriors will be seriously shorthanded for this one as Draymond Green, James Wiseman, Gary Payton and Klay Thompson are all out, while the Bulls are going to be near full strength except for Derrick Jones Jr. who has been ruled out. The Warriors have come off the boil lately and they’re not nearly as dangerous without Green in the lineup so a lot of their offense will depend on Curry for this one, so I’m going to go with the red-hot Bulls who will be eager to make amends after getting embarrassed in their last outing. Give me the Bulls to take advantage of the shorthanded Warriors in this spot.