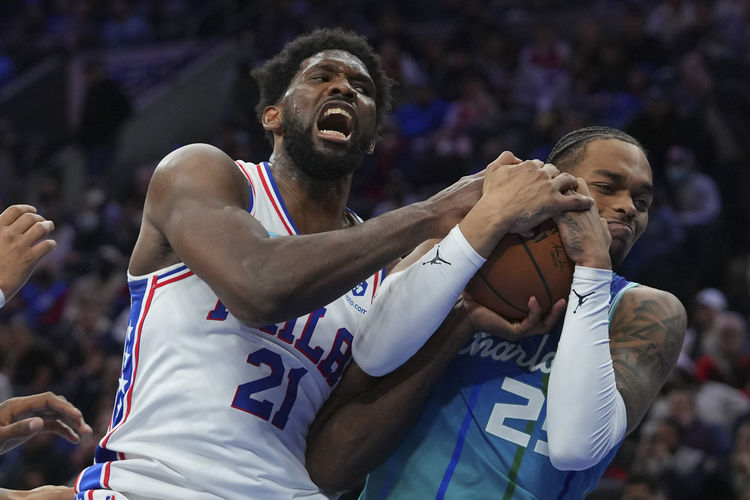 The Boston Celtics and the Philadelphia 76ers collide at the Wells Fargo Center on Friday night.

The Boston Celtics have been on a nice run lately as they’ve won five of their past seven games and they will be aiming for a fourth straight victory after routing the Pacers in a 119-100 road win on Wednesday. Jaylen Brown led the team with 34 points on 11 of 19 shooting, Jayson Tatum added 33 points with seven rebounds and four assists while Dennis Schroder chipped in with 23 points on seven of 11 shooting. As a team, the Celtics shot 51 percent from the field and 18 of 38 from the 3-point line as they set the tone with 35 points in the first quarter to take the early lead, before pouring in another 65 points in the second half where they led by as many as 24 points.

Meanwhile, the Philadelphia 76ers have been in great shape lately as they’ve won eight of their past 10 games overall, but they will be eager to bounce back here after having their seven-game win streak halted by the Hornets in a 109-98 home loss on Wednesday. Joel Embiid led the team with 31 points on 10 of 17 shooting, Tobias Harris added 17 points with eight rebounds and five assists while Furkan Korkmaz chipped in with 14 points off the bench. As a team, the 76ers shot 46 percent from the field and 12 of 30 from the 3-point line as they went ice-cold in the second quarter where they scored just 15 points to put them behind by 14 points at halftime. The deficit ballooned to 20 points before the 76ers made a run, but it was all too late.

The Celtics could be shorthanded once again as Marcus Smart is currently listed as questionable, while the 76ers will be without Danny Green and Shake Milton who have both been ruled out already. The Celtics endured a really slow start to the season, but they look to be in a groove with five wins in their last seven games. The 76ers were on fire before they ran into the Hornets on Wednesday, but they are 6-0 ATS in the last six meetings against the shorthanded Celtics and I think they bounce back with a narrow win in this one.