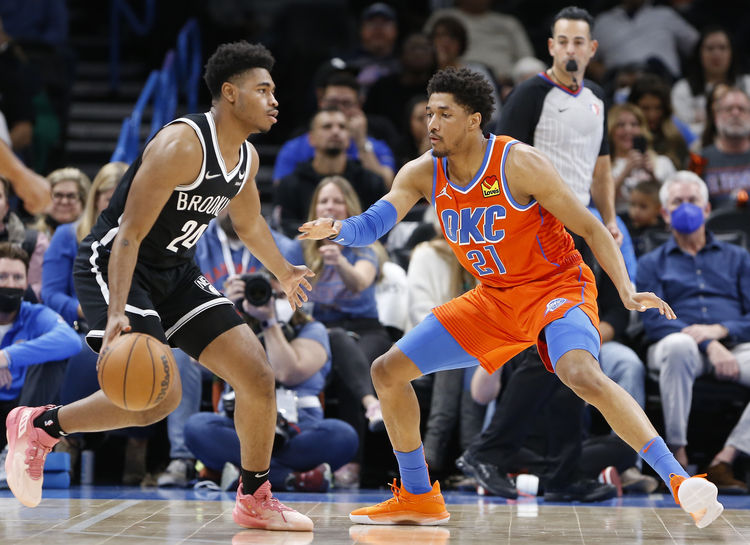 The Oklahoma City Thunder aren't a good team, and they get blown out a lot, but they're 26-14 against the spread on the season and 12-7 against the spread on the road. The Brooklyn Nets are in a letdown spot after beating the Bulls last night, and they won't have Kyrie obviously for this contest. And as good as the Nets looked last night, they lose at home by an average of 0.7 points. One win doesn't move the needle all that much in my eyes. Give me OKC and the boatload of free buckets.