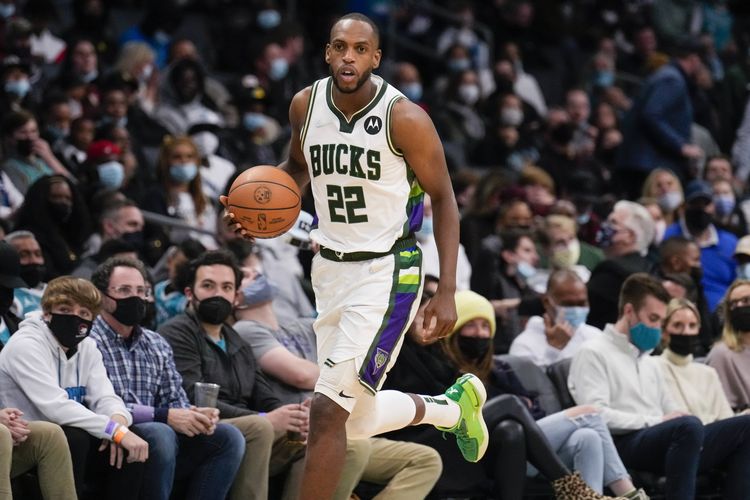 The Golden State Warriors pay a visit to the Milwaukee Bucks at the Fiserv Forum on Thursday night.

The Golden State Warriors have been in a bit of a rut lately as they’ve lost three of their past four games and they will be hoping to bounce back after coming up short against the Grizzlies in a 116-108 road loss on Tuesday. Stephen Curry led the team with a triple-double of 27 points with 10 rebounds and 10 assists, Klay Thompson added 14 points while Andrew Wiggins and Gary Payton each scored 13 points. As a team, the Warriors shot 42 percent from the field and 13 of 36 from the 3-point line as they exploded for 39 points in the third quarter to turn a 17-point deficit into an eight-point lead, but they couldn’t keep it up as they managed just 18 points in the fourth quarter to allow the Grizzlies to run them down.

Meanwhile, the Milwaukee Bucks have been in a rut of their own as they’ve lost four of their past five games and they will be hoping to avoid a third straight defeat after falling just short to the Hornets in a 103-99 road loss on Monday. Khris Middleton led the team with 27 points and 11 assists, Giannis Antetokounmpo added 26 points with 13 rebounds and eight assists while Jordan Nwora chipped in with 18 points on seven of 10 shooting. As a team, the Bucks shot 44 percent from the field and 13 of 43 from the 3-point line as they overcame an early nine-point deficit, before getting blown away in the third quarter where the Hornets used a 20-4 run to take the game away from them. Bobby Portis finished with just five points on two of seven shooting while Pat Connaughton finished scoreless on zero of six shooting.

Head to head, the under is 5-2 in the last seven meetings in Milwaukee.

The Warriors are going to be shorthanded once again as Draymond Green is expected to miss the team’s next two games, while the Bucks will be sweating on the availability of Jrue Holiday who is doubtful and George Hill who is listed as out. Both the Warriors and the Bucks have come off the boil lately, so they will be eager to get back on track with a win here. It’s tempting to go with the Warriors, but they just aren’t nearly as dangerous without Green in the lineup, so I’m leaning towards the Bucks to get the job done in this spot.