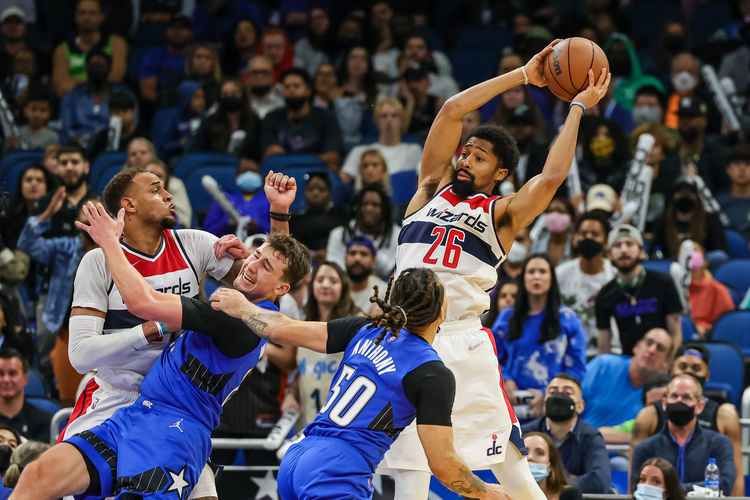 The Orlando Magic travel to the Capital One Arena to battle the Washington Wizards on Wednesday night.

The Orlando Magic have been in terrible form as they’ve lost 16 of their past 18 games overall and they will be hoping to snap a nine-game losing streak after falling just short to the Wizards in a 102-100 home loss on Sunday. Terrence Ross led the team with 32 points on 13 of 20 shooting off the bench, Franz Wagner added 16 points while Cole Anthony chipped in with 12 points. As a team, the Magic shot just 40 percent from the field and nine of 28 from the 3-point line as they struggled to get going in the first half and trailed by 10 points, before coming to life late in the fourth quarter where they used a pivotal 10-5 run to escape with the narrow win. Anthony had a night to forget as he shot just four of 17 from the field.

Meanwhile, the Washington Wizards have been in decent shape as they’ve won four of their past seven games and they will be aiming for a third straight victory after sneaking past the Thunder in a 122-118 home win last night. Kyle Kuzma led the team with 29 points on 12 of 17 shooting, Spencer Dinwiddie added 22 points with 10 assists while Kentavious Caldwell-Pope chipped in with 16 points. As a team, the Wizards shot 54 percent from the field and 11 of 33 from the 3-point line as they squandered a 10-point lead, but with the scores tied in the final minute of the game it was Pope and Kuzma who scored the team’s last four points to allow the Wizards to escape with the narrow win.

The Magic will again be without Jalen Suggs, Mo Bamba is listed as questionable while Wendell Carter Jr. is listed as a game-time decision. The Wizards will be without Bradley Beal who has re-entered the league protocols while Thomas Bryant is listed as questionable. The Wizards are coming into this game as the team in better form and I have little doubt that they can get the win here, but because they’re playing on zero days’ rest, I’m leaning towards the Magic with the points.