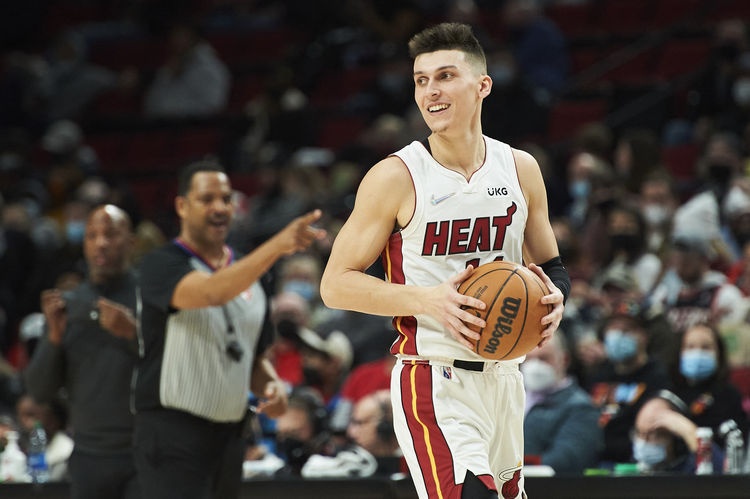 The Miami Heat pay a visit to the Atlanta Hawks at the State Farm Arena on Wednesday night.

The Miami Heat have been in great shape lately as they’ve won 11 of their past 15 games overall and they will be aiming for a third straight victory after routing the Suns in a 123-100 road win on Saturday. Tyler Herro led the team with 33 points on 12 of 20 shooting, Duncan Robinson drained eight 3-pointers on his way to 27 points while Kyle Lowry chipped in with 14 points and 13 assists. As a team, the Heat shot 50 percent from the field and a sizzling 22 of 44 from the 3-point line as they exploded for 38 points in the second quarter to take a 23-point lead into halftime which allowed them to cruise in the second half.

Meanwhile, the Atlanta Hawks have been in a real slump lately as they’ve lost six of their past eight games and they will be hoping to avoid a third straight defeat after getting routed by the shorthanded Clippers in a 106-93 road loss on Sunday. Trae Young led the team with 19 points and seven assists, Bojan Bogdanovic added 19 points on eight of 16 shooting while Timothe Luwawu-Cabarrot chipped in with 14 points off the bench. As a team, the Hawks shot 44 percent from the field and seven of 26 from the 3-point line as they got off to a slow start and fell behind by early after allowing the Clippers to go on a 16-4 run late in the first quarter, and things only got worse in the second half where they managed just 40 points. John Collins had a quiet game of just nine points on three of nine shooting.

Head to head, the Heat are 1-4 ATS in the last five meetings in Atlanta.

The Heat are missing a bunch of players including Jimmy Butler, KZ Okpala and Markieff Morris. Meanwhile, the Hawks will be sweating on the availability of Clint Capela who is doubtful while Cameron Reddish and De’Andre Hunter are both listed as questionable. The Heat are obviously missing plenty of talent due to injuries and league protocols, but they’re coming into this game with plenty of momentum after beating the Suns in their last outing. I see why the Hawks are home favorites, but they’ve been well below their best lately, so I’m sticking with the Heat to pull off the minor upset in this spot.