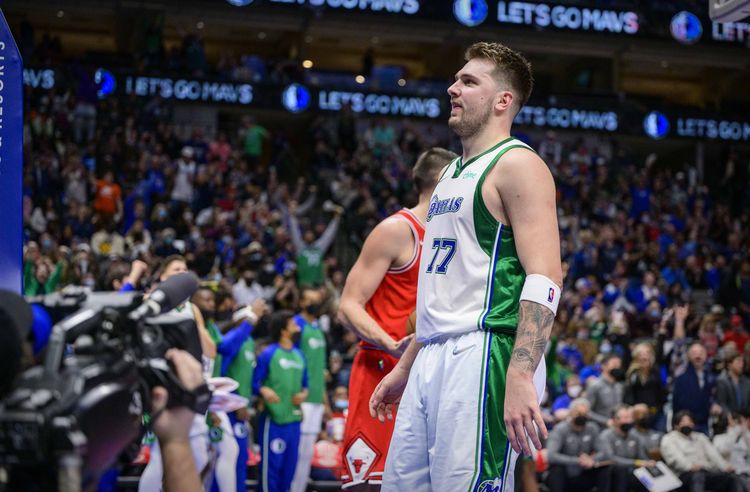 The Dallas Mavericks have been a team on the rise as they’ve won seven of their past eight games and they will be eager to build on their current six-game win streak after routing the Bulls in a 113-99 home win on Sunday. Luka Doncic returned to the lineup to lead the team with a triple-double of 22 points with 14 rebounds and 14 assists, Maxi Kleber drained six 3-pointers to finish with 18 points, while Jalen Brunson chipped in with 17 points on eight of 10 shooting. As a team, the Mavericks shot 50 percent from the field and 16 of 36 from the 3-point line as they struggled to get going and fell behind by 11 points early on, before coming alive in the second half where they outscored the Bulls by 59-44 to make it look easy in the end.

Meanwhile, the New York Knicks have been in great form lately as they’ve won six of their past nine games and they will be looking to stay hot after making light work of the Spurs in a 111-96 home win on Monday. RJ Barrett led the team with 31 points on 12 of 20 shooting, Evan Fournier added 18 points while Alec Burks chipped in with 16 points. As a team, the Knicks shot 48 percent from the field and 13 of 32 from the 3-point line as they led by just two points at halftime, before going on a run to lead by as many as 25 points in the fourth quarter as they rode the hot hand of Barrett. Julius Randle had a night to forget as he finished with just two points on one of seven shooting in 34 minutes of action.

Head to head, the under is 9-2 in the last 11 meetings overall and the Mavericks are 5-2 ATS in the last seven meetings in New York.

The Mavericks are going to be shorthanded once again as Willie Cauley-Stein and Kristaps Porzingis are both listed as out, while the Knicks will be missing Kemba Walker and Nerlens Noel once again. Both teams are coming into this game with plenty of momentum, but the Mavericks are 5-2 ATS in the last seven meetings in New York and they’ve barely put a foot wrong in their past six games. This should be a close one, but I’m sticking with the Mavericks to come away with the win in this one.