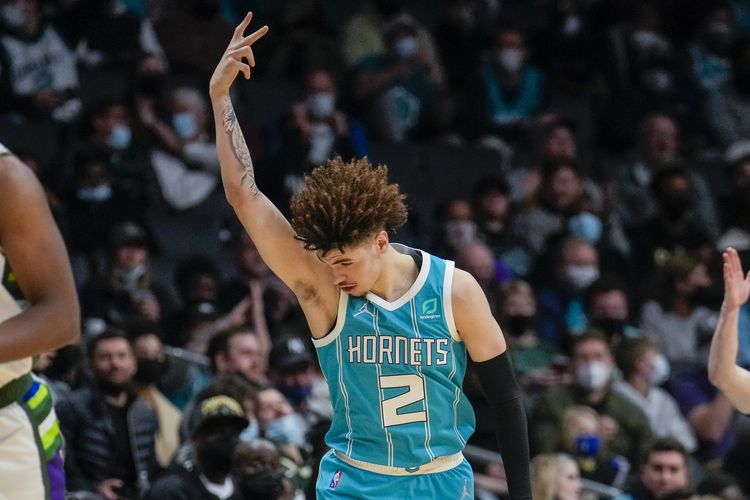 The Charlotte Hornets invade the Wells Fargo Center to take on the Philadelphia 76ers on Wednesday night.

The Charlotte Hornets have been in great shape as they’ve won six of their past eight games and they will be gunning for a fourth straight victory after beating the Bucks in a 103-99 home win on Monday. Terry Rozier led the team with 27 points, seven rebounds and four assists, LaMelo Ball added 23 points while Miles Bridges chipped in with 17 points and 11 rebounds. As a team, the Hornets shot just 39 percent from the field and 13 of 44 from the 3-point line as they squandered a 15-point lead in the fourth quarter, but their defense held strong when they needed it most which allowed them to escape on a clutch shot from Ball and a pair of free throws from Bridges. PJ Washington had a rough night as he scored just five points on two of 10 shooting while Jalen McDaniels scored just three points on one of seven shooting.

Meanwhile, the Philadelphia 76ers have been in red-hot form as they’ve won eight of their past nine games and they will be looking to build on their current seven-game win streak after routing the Rockets in a 111-91 road win on Monday. Joel Embiid led the team with 31 points, eight rebounds and six assists, Tobias Harris and Andre Drummond each scored 13 points while Furkan Korkmaz chipped in with 12 points. As a team, the 76ers shot 45 percent from the field and 10 of 35 from the 3-point line as they dominated right from the start and poured in 36 points in the first quarter to build a 12-point halftime lead, before running away with it in the second half where they led by as many as 27 points.

Head to head, the over is 7-1-1 in the last nine meetings overall.

The Hornets will be missing Kelly Oubre Jr. who has been placed in the league’s health and safety protocols, while the 76ers will be without Shake Milton and Seth Curry listed as questionable. The 76ers have already beaten the Hornets twice this season, but those two wins came by a combined seven points. With that being said, the 76ers are only 3-8 ATS in their last 11 home games, so I’m leaning towards the Hornets and the points in what should be a close one.