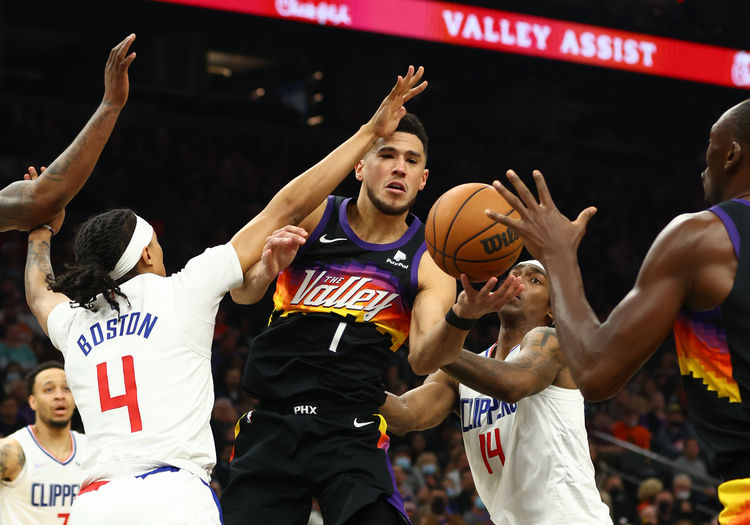 The Phoenix Suns invade the Scotiabank Arena to take on the Toronto Raptors on Tuesday night.

The Phoenix Suns have been in decent shape as they’ve won four of their past six games overall, but they will be looking to bounce back in this one after having their three-game win streak halted by the Heat in a 123-100 home loss on Saturday. Devin Booker led the team with 26 points, Mikal Bridges added 20 points with six assists on eight of 11 shooting while Cameron Johnson chipped in with 15 points off the bench. As a team, the Suns shot just 38 percent from the field and 14 of 34 from the 3-point line as they failed to match the Heat from the start and were always fighting an uphill battle after falling behind by 21 points going into halftime. Cameron Payne scored just eight points on three of 13 shooting while Jae Crowder finished with just three points on one of six shooting.

Meanwhile, the Toronto Raptors have been a team on the rise as they will be eager to build on their current six-game win streak after taking down the Pelicans in a 105-101 home win on Sunday. Fred VanVleet led the team with 32 points, Pascal Siakam added 29 points with 10 rebounds and seven assists while OG Anunoby chipped in with 12 points. As a team, the Raptors shot just 42 percent from the field and 14 of 34 from the 3-point line as they squandered a nine-point fourth-quarter lead, but VanVleet saved the day with a clutch 3-pointer with 1:32 left on the clock to give the lead back to the Raptors for good.

The Suns are missing a bunch of role players including Cameron Johnson, Abdel Nader and Landry Shamet, while the Raptors will be sweating on the availability of Gary Trent Jr. and Scottie Barnes who are both listed as questionable for this one. The Suns are 12-3-1 ATS in the last 16 meetings in Toronto and they will be eager to bounce back after getting embarrassed in their last outing, so I’m taking them to get the win and cover in this spot.