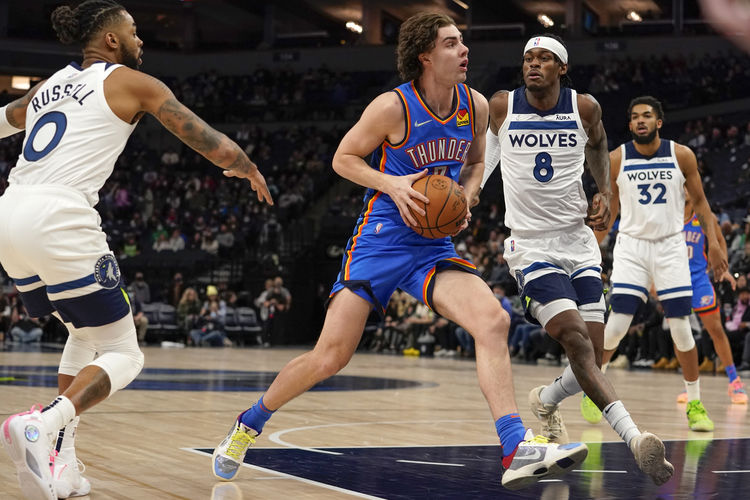 The Oklahoma City Thunder pay a visit to the Washington Wizards at the Capital One Arena on Tuesday night.

The Oklahoma City Thunder have been in rough shape lately as they’ve lost six of their past seven games overall and they will be hoping to snap a four-game slide after falling short to the Nuggets in a 99-95 home loss on Sunday. Luguentz Dort led the team with 14 points, Jeremiah Robinson-Earl added 12 points while Josh Giddey chipped in with 11 points, seven rebounds and eight assists. As a team, the Thunder shot 43 percent from the field and nine of 38 from the 3-point line as they clawed their way back from an 18-point deficit to lead by as many as five points in the fourth quarter, only to get outscored by 11-2 in the final 3:57 to see the Nuggets steal the game late. Shai Gilgeous-Alexander had a night to forget as he finished with just eight points on two of 14 shooting.

Meanwhile, the Washington Wizards have been in a bit of a rut as they’ve lost five of their past eight games overall, but they will be looking to build some momentum after sneaking past the Magic in a 102-100 road win on Sunday. Kyle Kuzma led the team with 27 points and 22 rebounds on 10 of 19 shooting, Bradley Beal added 20 points with seven assists while Daniel Gafford chipped in with 12 points. As a team, the Wizards shot just 40 percent from the field and 11 of 29 from the 3-point line as they struggled to get going in the first half and trailed by as many as 10 points, before going on a 28-14 run in the fourth quarter to set up the narrow win.

The Thunder have been doing it tough lately and their confidence took another hit after falling just short to the Nuggets on Sunday and the Wizards haven’t been much better as they were really struggling before their narrow win over the slumping Magic in their last outing. I like the Wizards to get the win at home, but they are only 1-10-1 ATS in their last 12 games against a team with a losing record. Gilgeous-Alexander is coming off one of the worst games of the season, but I'm backing him to bounce back and give the Thunder the cover in this spot.