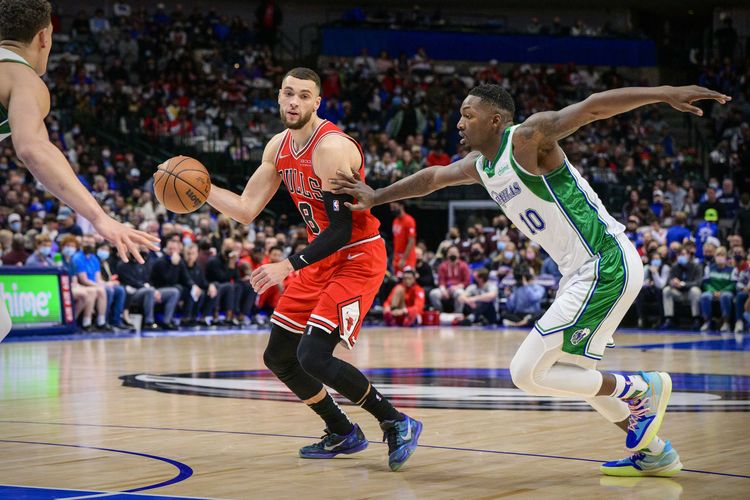 The Detroit Pistons travel to the United Center to take on the Chicago Bulls on Tuesday night.

The Detroit Pistons have been in pretty good form lately as they’ve won four of their past six games overall and they will be aiming for a season-high third straight win after routing the shorthanded Jazz in a 126-116 home win last night. Cade Cunningham led the team with a season-high 29 points with eight assists, Saddiq Bey drained five 3-pointers on his way to 29 points on 10 of 14 shooting while Cory Joseph chipped in with 16 points and four assists off the bench. As a team, the Pistons shot 51 percent from the field and an efficient 19 of 37 from the 3-point line as they looked to be in deep trouble after trailing by as many as 22 points early on, but they came out a different team after halftime and dominated the second half by 78-55 to make it look easy in the end.

Meanwhile, the Chicago Bulls have been in great shape as they were riding a nine-game win streak before getting stopped in their tracks by the Mavericks in a 113-99 road loss on Sunday. DeMar DeRozan led the team with 20 points and eight assists on nine of 16 shooting, Zach LaVine added 20 points while Coby White and Nikola Vucevic each scored 13 points. As a team, the Bulls shot just 43 percent from the field and 11 of 33 from the 3-point line as they jumped out of the gates to an early 11-point lead, but they led by just one point at halftime and were simply no match in the second half where they got outscored by 59-44. Lonzo Ball scored just nine points while LaVine shot just seven of 21 from the field.

The Pistons will likely again be without Frank Jackson, while the newly acquired Bol Bol is currently listed as day to day, while the Bulls are just about at full strength again. This would usually be an easy pick for the Bulls as the Pistons have been struggling all season, but they’ve come to life with four wins in their past six games and their confidence will be sky-high after last night’s comeback win over the Jazz. The Bulls were on fire before getting stopped by the Mavericks on Sunday and they are 9-0 ATS in the last nine meetings overall. It’s tempting to take the Pistons, but I don’t think they come back from another big deficit if they got off to another slow start. Give me the Bulls to get back to form with a big win here.