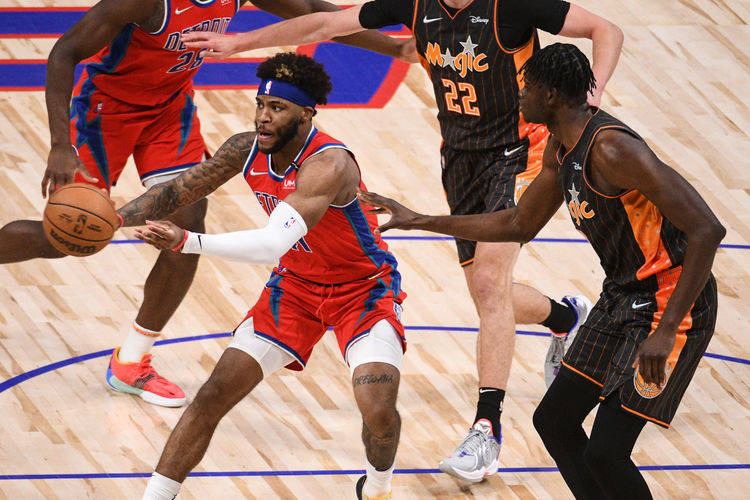 The Utah Jazz and the Detroit Pistons duke it out at Little Caesars Arena on Monday night.

The Utah Jazz have been in great form as they’ve won eight of their past 11 games, but they will be aiming to avoid a third straight loss after getting routed by the Pacers in a 125-113 road defeat on Saturday. Donovan Mitchell led the team with 36 points and nine assists on 13 of 27 shooting, Bojan Bogdanovic added 21 points while Jordan Clarkson chipped in with 18 points off the bench. As a team, the Jazz shot 47 percent from the field and 15 of 35 from the 3-point line, but their defense wasn’t the same without Rudy Gobert as they allowed 61 points in the first half and another 35 points in the fourth quarter. Rudy Gay finished with just seven points on two of seven shooting while Mike Conley scored just nine points.

Meanwhile, the Detroit Pistons have been in decent shape lately as they’ve won three of their past five games and they will be looking to stay hot after taking down the Magic in a 97-92 home win on Saturday. Hamidou Diallo led the team with 17 points, Saddiq Bey and Trey Lyles each scored 16 points while Cade Cunningham chipped in with 12 points on three of 14 shooting from the field. As a team, the Pistons shot 43 percent from the field and 10 of 33 from the 3-point line but this win was all about their defense as they squandered an early 10-point lead, before clamping down defensively and holding the Magic to just two points in the final 2:39 to escape with the narrow win.

The Jazz will again be without a list of players including Rudy Gobert, Rudy Gay and Elijah Hughes, while the Pistons are without Frank Jackson who is in the league’s health and safety protocols. The Jazz were rolling through teams on a nightly basis before getting hit by the league’s protocols, but it was bound to happen sooner or later. The Pistons have actually shown improvement with three wins in their past five games and they could really make some noise here against a Jazz team missing their defensive leader. I’m sure the Jazz still come away with the win, but I’m taking the Pistons to hang around just long enough to get the cover.