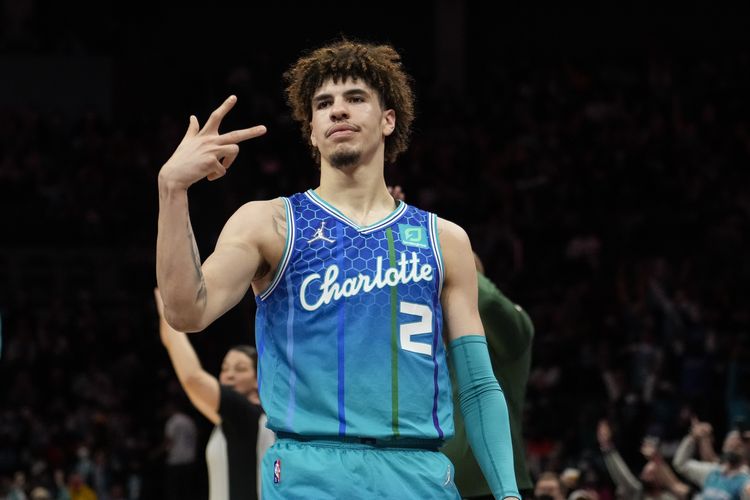 The Milwaukee Bucks and the Charlotte Hornets duke it out once again at the Spectrum Center on Monday night.

The Milwaukee Bucks have cooled off a bit lately as they’ve lost three of their past four games and they will be hoping to bounce back after falling short to the Hornets in a 114-106 road loss on Saturday. Giannis Antetokounmpo led the team with 43 points, 12 rebounds and three assists, Khris Middleton added 27 points with 10 rebounds and nine assists while Bobby Portis chipped in with 19 points and 13 rebounds, but no other player finished in double figures. As a team, the Bucks shot 38 percent from the field and 12 of 37 from the 3-point line as they struggled to get going and scored just 12 points in the second quarter to trail by six points at halftime, before allowing 42 points in the third quarter to fall behind by as many as 17 points. Jordan Nwora had a night to forget as he finished with just three points on one of 11 shooting while Langston Galloway and Rodney Hood each shot zero of five from the field.

Meanwhile, the Charlotte Hornets have been in fine form as they’ve won five of their past seven games overall and they will be aiming for a third straight victory after Saturday’s win over the Bucks. Terry Rozier led the team with 28 points on 11 of 19 shooting, Miles Bridges added 21 points on nine of 16 shooting while LaMelo Ball chipped in with 19 points, nine rebounds and eight assists. As a team, the Hornets shot 44 percent from the field and 16 of 48 from the 3-point line as they took control of the contest with their defense in the second quarter, before letting loose in the third quarter where they poured in 42 points to put the game to bed early. Gordon Hayward had a quiet game of just nine points on three of 12 shooting while Jalen McDaniels scored just four points on one of eight shooting off the bench.

The Bucks will again be shorthanded as Jrue Holiday and George Hill are both out, while Pat Connaughton has been listed as questionable. Surprisingly, the Hornets are coming into this meeting as the team in better form and they would’ve taken so much confidence from their win over the Bucks on Saturday. However, it’s always tough to beat the same team twice in a row, especially a quality team like the Bucks who have opened as slight favorites despite being shorthanded. This should be a close one, but the Bucks are only 1-8 ATS in the last nine meetings in Charlotte, so I’m sticking with the Hornets to get the win at home.