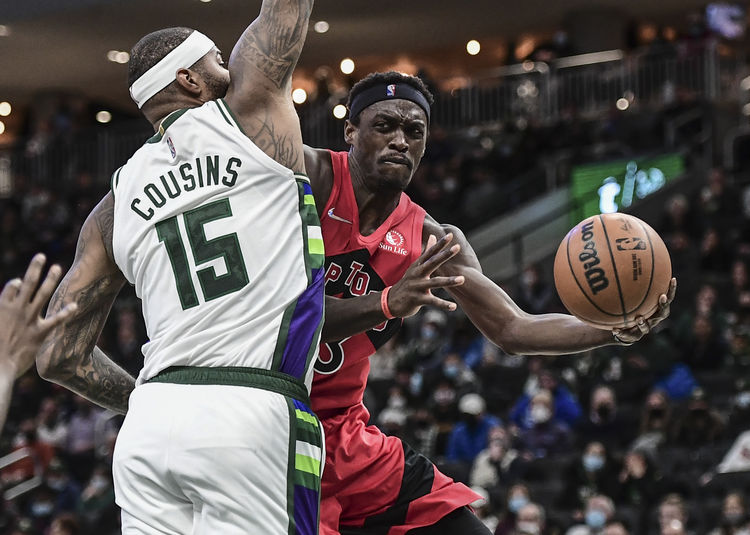 The New Orleans Pelicans and the Toronto Raptors collide at the Scotiabank Arena on Sunday night.

The New Orleans Pelicans have been in a bit of a funk as they’ve lost four of their past six games overall, but they will be looking to build some momentum after snapping a three-game skid with a 101-96 home win over the Warriors on Thursday. Brandon Ingram led the team with 32 points, 11 rebounds and six assists, Josh Hart added 14 points while Herbert Jones chipped in with 13 points and five steals. As a team, the Pelicans shot 42 percent from the field and eight of 34 from the 3-point line as they looked to be in serious trouble after managing just 16 points in the first quarter to trail by 11 points early, before taking over in the second half to escape with the much-needed win against a shorthanded Warriors team. Devonte’ Graham had a night to forget as he finished with just seven points on three of 14 shooting.

Meanwhile, the Toronto Raptors have won 10 of their past 14 games overall and they will be eager to build on their current five-game win streak after routing the Jazz in a 122-108 home win on Friday. Fred VanVleet led the team with a triple-double of 37 points with 10 rebounds and 10 assists, OG Anunoby added 22 points on eight of 13 shooting while Pascal Siakam chipped in with 17 points and five assists. As a team, the Raptors shot 45 percent from the field and 12 of 41 from the 3-point line as they looked to be in deep trouble after allowing 40 points in the first quarter to trail by as many as 17 points, but they exploded for 45 points in the third quarter to set up what would one of their best wins of the season.

The Pelicans will be shorthanded once again as they will again be without Tomas Satorasnky, Zion Williamson and Josh Hart, while the Raptors are almost at full strength as they’re only missing Goran Dragic and Yuta Watanabe. The Pelicans would’ve taken so much confidence from their upset win over the Warriors on Thursday, but to be fair, the Warriors were depleted as they were without Stephen Curry for that one, so I’m sticking with the surging Raptors to extend their win stream to six games in this one.