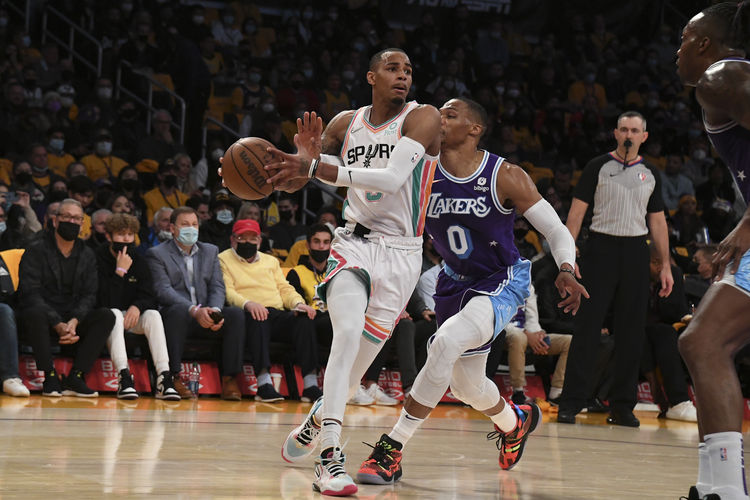 The San Antonio Spurs and the Philadelphia 76ers duke it out at the Wells Fargo Center on Friday night.

The San Antonio Spurs have been in a bit of a rut as they were on a four-game slide before getting back on track with a 99-97 road win over the Celtics on Wednesday. Dejounte Murray led the team with 22 points, nine rebounds and 12 assists, Derrick White and Devin Vassell each scored 17 points while Keldon Johnson chipped in with 13 points. As a team, the Spurs shot 47 percent from the field and 10 of 26 from the 3-point line as they kept pace with the Celtics in a tight contest, until midway through the fourth quarter where they used a pivotal 6-0 run to gain some separation, before holding the Celtics scoreless in the final 1:04 to escape with the win.

Meanwhile, the Philadelphia 76ers have been in red-hot form as they’ve won six of their past seven games overall and they will be hoping to add to their five-game win streak after taking down the Magic in a 116-106 road win on Wednesday. Joel Embiid led the team with 31 points on 12 of 22 shooting, Tobias Harris added 22 points with nine rebounds and four assists while Seth Curry and Furkan Korkmaz each scored 20 points. As a team, the 76ers shot 50 percent from the field and 12 of 28 from the 3-point line as they struggled to shake off the Magic until the fourth quarter where they held the Magic to just 17 points to win comfortably in the end.

Head to head, the over is 4-1 in the last five meetings overall and the Spurs are 7-15 ATS in the last 22 meetings in Philadelphia.

The Spurs are still dealing with a few players missing including Doug McDermott, Davontae Cook and Lonnie Walker, while the 76ers are still without Matisse Thybulle, Shake Milton and Paul Reed. The Spurs really needed a win in their last outing and they were able to steal a game off the Celtics thanks to Murray who returned to the lineup, but it’s going to be tough against this 76ers team who are coming into this meeting with plenty of momentum. I do think the 76ers get the win at home, but the line just seems too high for a Spurs team that looks so much better with Murray back in action.