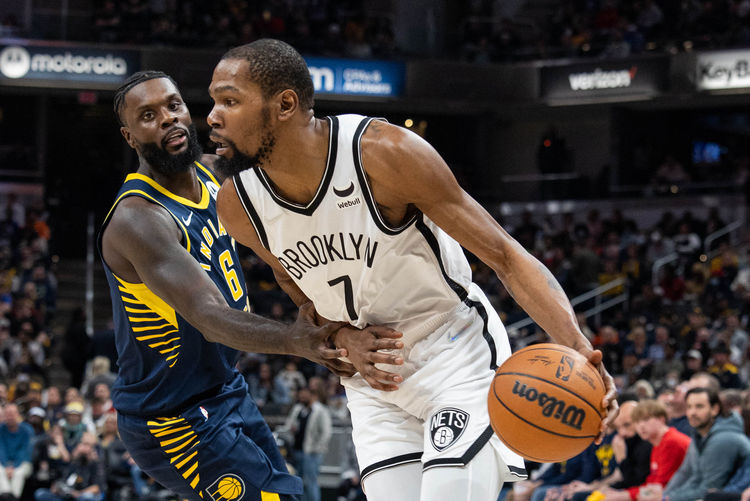 The Brooklyn Nets play host to the Milwaukee Bucks at the Barclays Center on Friday night.

The Milwaukee Bucks have won six of their past 10 games overall, but they will be hoping to snap a two-game skid after falling short against the Raptors in a 117-111 home loss on Wednesday. Khris Middleton led the team with 25 points, six rebounds and four assists, Jordan Nwora added 17 points while Jrue Holiday and DeMarcus Cousins each scored 15 points. As a team, the Bucks shot 44 percent from the field and 17 of 39 from the 3-point line as they stormed out of the gates and poured in 77 points in the first half to lead by as 14 points, only to see their hard work go to waste in the third quarter where they managed just 11 points.

Meanwhile, the Brooklyn Nets have been in a rut as they’ve lost four of their past seven games, but they will be eager to build some momentum after putting a halt to a three-game skid with a 129-121 road win over the Pacers on Wednesday. Kevin Durant led the way with 39 points, eight rebounds and seven assists on 15 of 24 shooting, Kyrie Irving returned to the lineup to finish with 22 points on nine of 17 shooting while James Harden chipped in with 18 points and six assists. As a team, the Nets shot 56 percent from the field and just five of 21 from the 3-point line as they struggled to get going in the first half and trailed by as many as 19 points, before making it look easy in the second half where they exploded for 69 points to escape with the win.

The Bucks will be missing a bunch of players including, Pat Connaughton, Jrue Holiday, Donte DiVincenzo and George Hills, but Giannis Antetokounmpo is expected to return. As for the Nets, Joe Harris remains out while Irving will continue to sit out home games. These two teams have already met once this season and it was the Bucks who romped to a 23-point win, but with the Bucks a little banged up, I think I’ll lean towards the Nets to get their revenge with a solid win at home.