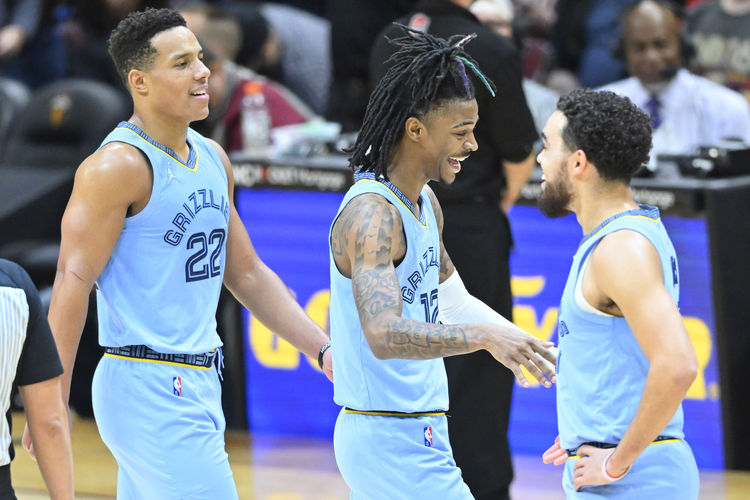 The Memphis Grizzlies play host to the Detroit Pistons at the FedExForum on Thursday night.

The Detroit Pistons have come to life with three wins in their past eight games, but they will be hoping to bounce back in this one after having their two-game win streak halted by the Hornets in a 140-111 road loss last night. Trey Lyles led the team with 17 points on seven of 13 shooting, Cade Cunningham added 16 points with seven assists, Josh Jackson added 15 points off the bench while Saddiq Bey chipped in with 11 points on four of 13 shooting. As a team, the Pistons shot 46 percent from the field and 14 of 42 from the 3-point line, but this one got out of hand in the blink of an eye after getting outscored by 37-19 in the first quarter before allowing 75 points in the second half.

Meanwhile, the Memphis Grizzlies have been on a tear for a while now as they’ve won 16 of their past 19 games overall and they will be looking to extend their six-game win streak after outlasting the Cavaliers in a 110-106 road win on Tuesday. Ja Morant led the team with 26 points and six assists, Jaren Jackson Jr. added 22 points while Brandon Clarkes chipped in with 13 points, nine rebounds and three blocks. As a team, the Grizzlies shot 46 percent from the field and nine of 27 from the 3-point line as they went back and forth with the Cavaliers in a close contest, until pulling away in the fourth quarter thanks to Morant who scored six points in the final 30 seconds to carry the team over the line.

The Pistons will again be without Isaiah Stewart and Cory Joseph despite both players clearing the league’s health and safety protocols, while the Grizzlies are sweating on the availability of Desmond Bane, De’Anthony Melton and Desmond Bane who are all listed as questionable. The Pistons sprung to life with back to back wins, but they’re coming into this one fresh off a bad loss to the Hornets, so I’m sticking with the red-hot Grizzlies to stay hot with another win and cover at home.