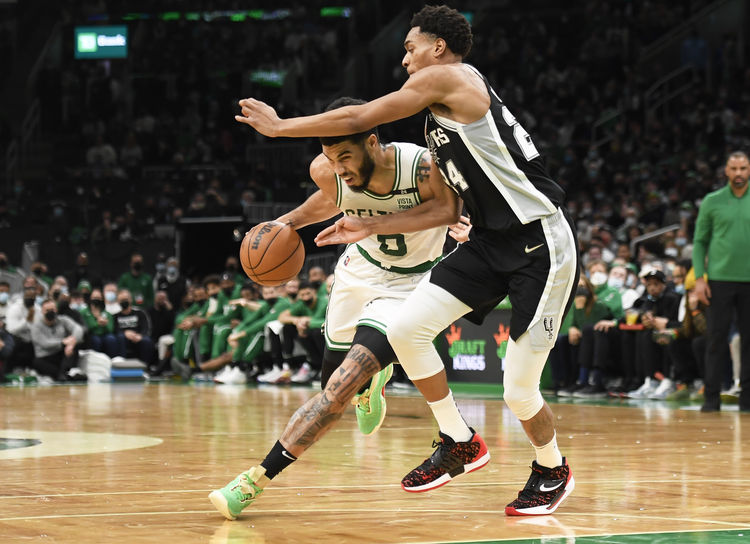 The Boston Celtics pay a visit to the New York Knicks at Madison Square Garden on Thursday night.

The Boston Celtics have been in a rut as they’ve lost four of their past six games and they will be hoping to bounce back after falling just short to the Spurs in a 99-97 home loss last night. Jaylen Brown led the team with 30 points on 12 of 25 shooting, Jayson Tatum added 19 points with eight rebounds and three assists while Dennis Schroder chipped in with 15 points off the bench. As a team, the Celtics shot 44 percent from the field and nine of 28 from the 3-point line as they wrestled with the Spurs in a close contest from start to finish, before coming up just short as they failed to score in the final 1:04. Tatum played 38 minutes in his return to the lineup but shot just six of 20 from the field.

Meanwhile, the New York Knicks have been in decent shape as they’ve won four of their past six games overall and they will be looking to build some momentum after beating the Pacers in a 104-94 home win on Tuesday. RJ Barrett added 32 points, eight rebounds and three assists, Julius Randle added 30 points with 16 rebounds and four assists while Alec Burks chipped in with 14 points, six rebounds and four assists. As a team, the Knicks shot 48 percent from the field and six of 28 from the 3-point line as they went back and forth with the Pacers in a tightly contested first half, before taking over in the second half where they held the Pacers to just 39 points to escape with the much-needed win.

Head to head, the Celtics are 4-1 ATS in the last five meetings in New York.

The Celtics are again missing a couple of players as Payton Pritchard is out, while Brodric Thomas is listed as day to day, while the Knicks are sweating on the availability of Kemba Walker who is out and Nerlens Noel who is listed as questionable for this one. The Celtics have been in a bit of a rut lately, but they’re just about back to full strength while the Knicks are a little banged up with Walker still out. This should be a close one, but I’m sticking with the Celtics to turn things around sooner rather than later and I think that starts with a win and cover in this spot.