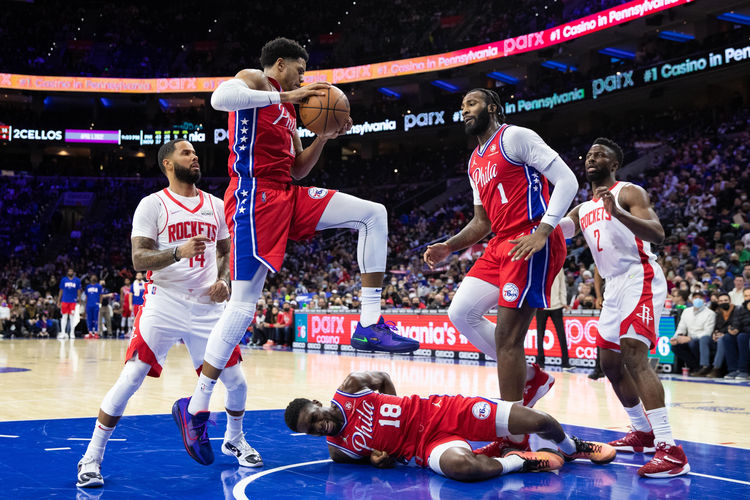 The Philadelphia 76ers invade the Amway Center to do battle with the Orlando Magic on Wednesday night.

The Philadelphia 76ers have been in great shape recently as they’ve won five of their past six games and they will be aiming for a fifth straight victory after routing the Rockets in a 133-113 home win on Monday. Joel Embiid led the team with a triple-double of 31 points with 15 rebounds and 10 assists, Furkan Korkmaz added 24 points with 11 rebounds and six assists, Isaiah Joe added 18 points while Seth Curry chipped in with 15 points and five assists. As a team, the 76ers shot 52 percent from the field and 17 of 40 from the 3-point line as they trailed at halftime, before running riot in the second half where they exploded for 71 points to win easily in the end.

Meanwhile, the Orlando Magic have been in a real slump as they’ve lost 13 of their past 15 games overall and they will be hoping to arrest a six-game slide after falling short to the Bulls in a 102-98 road loss on Monday. Franz Wagner led the team with 22 points on eight of 13 shooting, Wendell Carter Jr. added 21 points with 10 rebounds and four assists, while Gary Harris chipped in with 19 points. As a team, the Magic shot 42 percent from the field and 10 of 27 from the 3-point line as they squandered an early 11-point lead, before coming up just short after the Bulls used a pivotal 9-2 run late in the fourth quarter to pull away from them. Terrence Ross provided the spark off the bench with 15 points but shot just five of 17 from the field.

The 76ers are just about at full strength as they’re only missing Matisse Thybulle, while the Magic are dealing with a long list of players sitting out including Jalen Suggs, Jonathan Isaac, E’Twaun Moore, Cole Anthony and Moritz Wagner. It’s the classic tale of two teams headed in opposite directions as the 76ers are on the rise while the Magic have been struggling mightily. The line is a little hefty, but the 76ers should have no problem getting the job done in this spot.