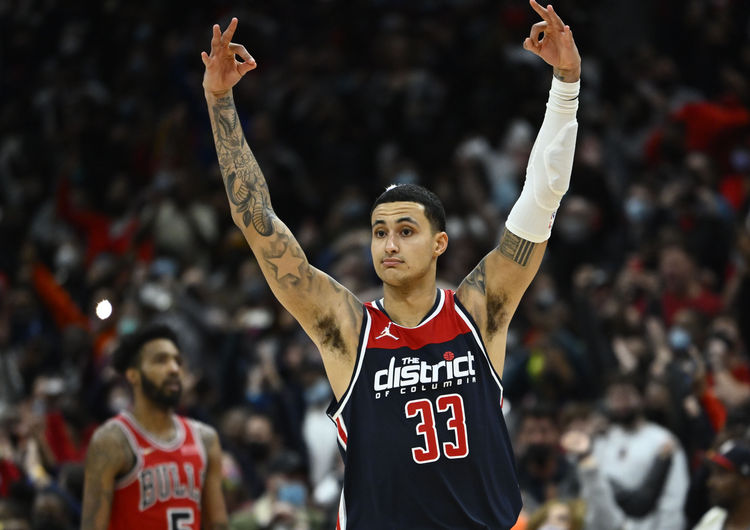 The Houston Rockets and the Washington Wizards duke it out at the Capital One Arena on Wednesday night.

The Houston Rockets have been in terrible form as they’ve lost 12 of their past 14 games and they will be hoping to snap an ugly eight-game losing streak after getting thrashed by the 76ers in a 133-113 road loss on Monday. Garrison Matthews led the team with 23 points on six of 10 shooting, Eric Gordon and Jae’Sean Tate each scored 14 points while Josh Christopher scored 13 points off the bench. As a team, the Rockets shot just 41 percent from the field and 15 of 44 from the 3-point line as they got off to a quick start to take the lead at halftime, but they couldn’t maintain the pace and got blown out in the second half by 71-50 as the 76ers’ starters ran riot. Jalen Green had a quiet night as he scored just 12 points on three of 12 shooting while Daniel Theis finished with just seven points on three of 13 shooting.

Meanwhile, the Washington Wizards have been in decent shape as they’ve won four of their past seven games and they will be looking to build some momentum after sneaking past the Hornets in a 124-121 home win on Monday. Kyle Kuzma led the team with 36 points, 14 rebounds and six assists, Bradley Beal added 35 points with seven rebounds and eight assists while Daniel Gafford chipped in with 15 points, 11 rebounds and three blocks. As a team, the Wizards shot 46 percent from the field and 16 of 38 from the 3-point line as they squandered an early 14-point lead, before making up for it in the fourth quarter where they exploded for 40 points to escape with the narrow victory.

Head to head, the over is 5-1-1 in the last seven meetings overall and the Rockets are 0-4 ATS in the last four meetings in Washington.

The Rockets are still dealing with some players sitting out including Jae’Sean Tate, Armoni Brooks and Alperen Sengun, while the Wizards will again be without Spencer Dinwiddie, Brad Wanamaker, Rui Hachimura and Thomas Bryant. The Rockets have shown their potential in flashes this season, but they’ve been few and far between as they’ve been plagued by injuries from opening night. The Wizards are coming into this game with a bit of momentum after edging out the Hornets on Monday and it was encouraging to see Kuzma break out of his shooting slump with a 36-point performance. The Rockets are 0-4 ATS in the last four meetings in Washington and I think that trend will continue here as the Wizards should be good enough to get the win and cover here.