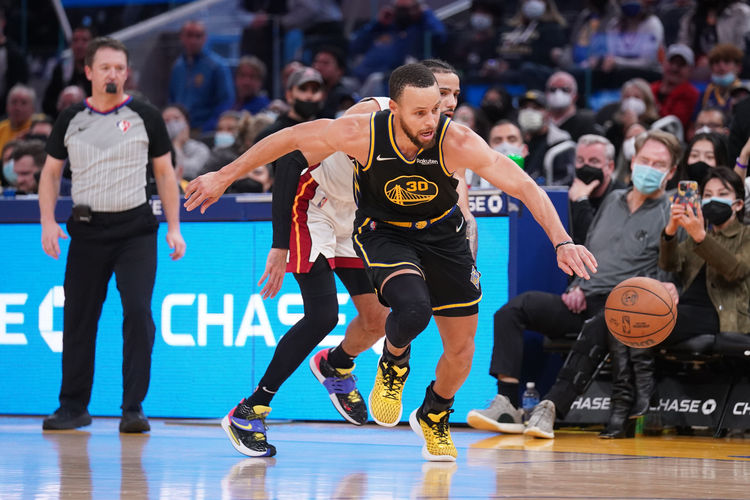 The Golden State Warriors and the Dallas Mavericks duke it out at the American Airlines Center on Wednesday night.

The Golden State Warriors have been on fire lately as they’ve won eight of their past 10 games and they will be aiming for a third straight victory after taking down the Heat in a 115-108 home win on Monday. Jordan Poole led the team with 32 points and five assists on 12 of 17 shooting off the bench, Andrew Wiggins added 22 points on eight of 13 shooting while Gary Payton chipped in with 14 points and four steals. As a team, the Warriors shot 48 percent from the field and 14 of 38 from the 3-point line as they poured in 33 points in the first quarter to take the early lead, before pulling away late in the fourth quarter with a decisive 7-0 run. Stephen Curry had a forgettable night as he scored just nine points on three of 17 shooting from the field and one of 10 shooting from the 3-point line.

Meanwhile, the Dallas Mavericks have been on a nice run lately as they’ve won four of their past five games and they will be eager to build on their current three-game win streak after routing the Nuggets in a 103-89 home win on Monday. Luka Doncic led the team with 21 points, eight rebounds, 15 assists and four steals, Dwight Powell and Reggie Bullock each scored 15 points while Jalen Brunson chipped in with 13 points. As a team, the Mavericks shot 44 percent from the field and 14 of 37 from the 3-point line as they restricted the Nuggets to just 17 points in the second quarter to take a nine-point lead into halftime, before pouring in 34 points in the fourth quarter to pull away and make it a blowout.

The Warriors will be shorthanded again as Andre Iguodala and Klay Thompson are both still out, but James Wiseman could make his return after clearing the league’s health and safety protocols. The Mavericks are also shorthanded as Willie Cauley-Stein and Kristaps Porzingis are both out while Trey Burke is listed as questionable. The Mavericks have been building nicely over their past five games or so, but with the line so short, I’m sticking with the more consistent Warriors to escape with the narrow win and cover in this spot.