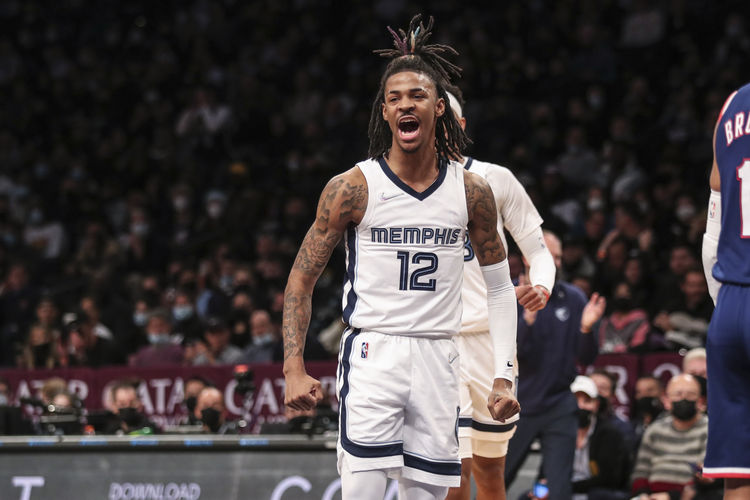 The Memphis Grizzlies pay a visit to the Cleveland Cavaliers at the Rocket Mortgage Fieldhouse on Tuesday night.

The Memphis Grizzlies have been on a tear lately as they’ve won 15 of their past 19 games and they will be eager to build on their current five-game win streak after routing the Nets in a 118-104 road win last night. Ja Morant led the team with 36 points and eight assists on 14 of 22 shooting, Desmond Bane added 29 points on 12 of 23 shooting while Brandon Clarke chipped in with 16 points on eight of nine shooting off the bench. As a team, the Grizzlies shot 47 percent from the field and 10 of 35 from the 3-point line as they jumped all over the Nets early to take a nine-point lead into halftime, before exploding for 40 points in the third quarter to push the lead out to 28 points.

Meanwhile, the Cleveland Cavaliers have been in a bit of a rut as they’ve lost four of their past six games, but they will be eager to build some momentum after sneaking past the Pacers in a 108-104 home win on Sunday. Evan Mobley led the team with 24 points, nine rebounds and four assists on 11 of 16 shooting, Kevin Love added 20 points with eight rebounds and four assists while Jarrett Allen chipped in with 18 points with 11 rebounds and three blocks. As a team, the Cavaliers shot 46 percent from the field and six of 26 from the 3-point line as they worked their way back from an early 11-point deficit, before pulling away in the fourth quarter with a 9-2 run to escape with the narrow win.

The Grizzlies will once again be without a list of players including Xavier Tillman, Ziaire Williams and Kyle Anderson, while the Cavaliers are again without Isaac Okoro and Cedi Osman, but Darius Garland could return as he has cleared covid-19 protocols. The Grizzlies have quietly been one of the hottest teams in the league lately and their confidence will be sky-high after last night’s dominant win over the Nets. The Cavaliers have cooled off a bit recently as they’ve been struggling with injuries and they were far from convincing in their narrow win over the slumping Pacers, but they will be boosted by the return of Garland. This should be a close one, but I’m sticking with the hotter team at the moment which is clearly the Grizzlies.