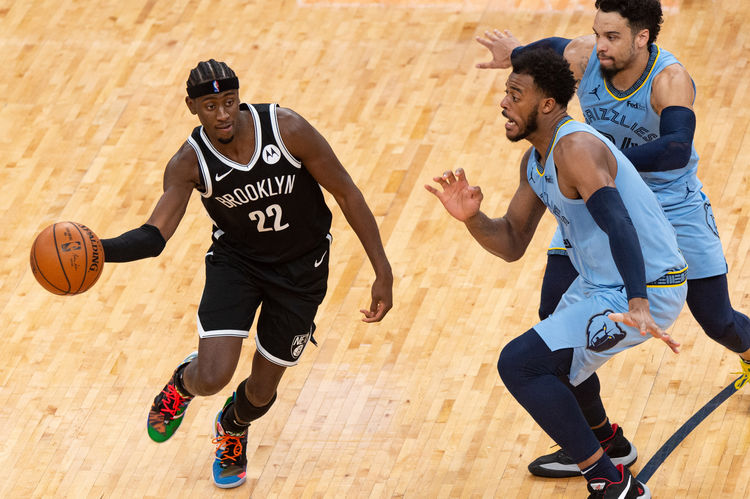 The Memphis Grizzlies invade the Barclays Center to do battle with the Brooklyn Nets on Monday night.

The Memphis Grizzlies have been in great form as they’ve won 14 of their past 18 games overall and they will be gunning for a fifth straight victory after taking down the Spurs in a 118-105 home win on Friday. Ja Morant led the team with 30 points and eight assists on 12 of 18 shooting, Tyus Jones added 18 points off the bench while Desmond Bane chipped in with 17 points. As a team, the Grizzlies shot 48 percent from the field and 10 of 26 from the 3-point line as they took the narrow lead at halftime, before holding the Spurs to just 18 points in the third quarter to build a 19-point lead. Brandon Clarke was a real spark off the bench as he chipped in with 17 points, nine rebounds and two blocks in just 23 minutes of action.

Meanwhile, the Brooklyn Nets have been in fine form as they’ve won five of their past eight games, but they will be hoping to snap a two-game skid after falling just short to the Clippers in a 120-116 home loss on Saturday. James Harden led the team with a triple-double of 34 points with 12 rebounds and 13 assists, Kevin Durant added 28 points with nine rebounds and three assists while Patty Mills chipped in with 17 points. As a team, the Nets shot 43 percent from the field and 11 of 33 from the 3-point line as they got off to a quick start and led for most of the game until the fourth quarter where the shorthanded Clippers exploded for 40 points to snatch the game from them late.

Xavier Tillman and Kyle Anderson remain out for the Grizzlies, while Kyrie Irving is out for the Nets and LaMarcus Aldridge is listed as questionable. The Nets will be annoyed with themselves after dropping their last two and it’s hard to imagine them losing three in a row, but the Grizzlies have quietly been one of the hottest teams in the league lately and they will be well-rested as they haven’t played since Friday. The Grizzlies are 7-0 ATS in the last seven meetings in Brooklyn and I think that trend continues here as this one remains close till the end.