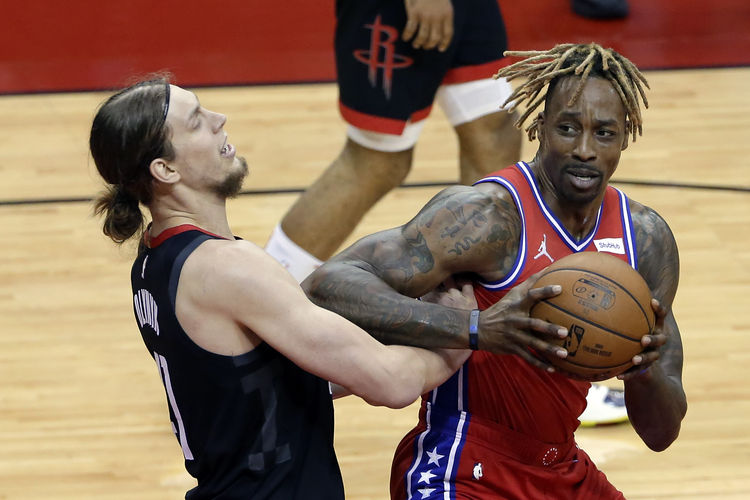 The Houston Rockets and the Philadelphia 76ers duke it out at the Wells Fargo Center on Monday night.

The Houston Rockets have been in a real slump as they’ve lost 11 of their past 13 games overall and they will be hoping to snap a seven-game slide after getting routed by the Nuggets in a 124-111 home loss on Saturday. Jalen Green led the team with 29 points on six of 13 shooting, Kenyon Martin Jr. added 15 points off the bench while Daishen Nix chipped in with 13 points. As a team, the Rockets shot 43 percent from the field and 16 of 42 from the 3-point line as they kept pace with the Nuggets until the second quarter where they allowed an astonishing 47 points to fall behind by as many as 31 points. Jae’Sean Tate had a nighty to forget as he scored just eight points on three of 10 shooting while Josh Christopher scored just seven points on two of 10 shooting off the bench.

Meanwhile, the Philadelphia 76ers have been in decent form lately as they’ve won four of their past five games and they will be looking to build on their current three-game win streak after taking down the Nets in a 110-102 road win on Thursday. Joel Embiid led the team with 34 points, Tyrese Maxey added 25 points with seven rebounds and four assists while Seth Curry chipped in with 17 points and six assists. As a team, the 76ers shot 42 percent from the field and 13 of 32 from the 3-point line as they set the tone with 39 points in the first quarter thanks to a quick start from Embiid, before pulling away late in the fourth quarter with a decisive 16-7 run. Tobias Harris had a quiet game as he scored just nine points on four of 14 shooting while Shake Milton finished scoreless on zero of six shooting off the bench.

Head to head, the Rockets are 2-7 ATS in the last nine meetings in Philadelphia.

The Rockets will be shorthanded once again as Armoni Brooks has entered the league’s health and safety protocols while Eric Gordon is listed as questionable with a groin injury. Meanwhile, the 76ers will be almost at full strength except for role players Tyler Johnson and Myles Powell who are both out. The Rockets are starting to get some key players back, but they’re coming into this meeting low on confidence after losing their last seven games, while the 76ers will be brimming with confidence after taking down the Nets on the road in their last outing. The Rockets are only 2-7 ATS in the last nine meetings in Philadelphia and I think that trend continues here as the 76ers should be way too good in this spot.