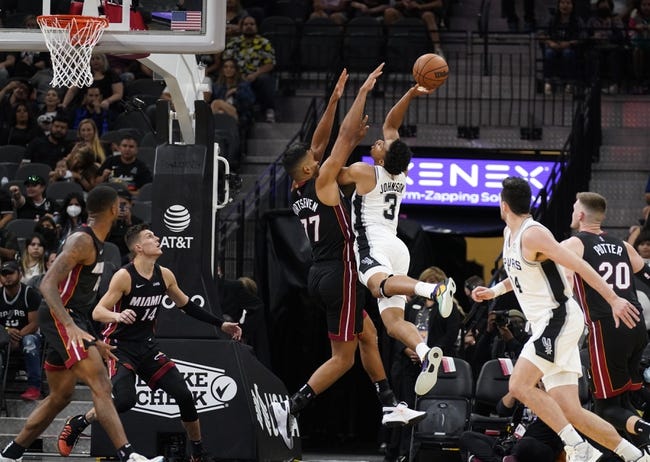 The Miami Heat are on the end of a back to back and still without rotation players, but they're playing their best ball of the season and seem to thrive when they have a shorter roster. The San Antonio Spurs have been hit or miss all season, and while they're winning their last five games by an average of 14.8 points, I'm not thrilled to back them in the favorite role. We're getting some value with the Heat as an underdog. Give me the free bucket.