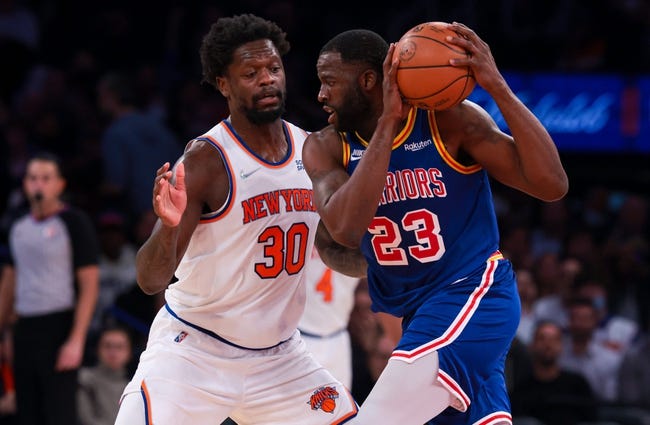 The Detroit Pistons and the New York Knicks duke it out at Madison Square Garden on Tuesday night.

The Detroit Pistons have been the coldest team in the league lately, but they will be looking to build some momentum after snapping a 14-game losing streak with a 100-90 home win over the Heat on Sunday. Saddiq Bey led the team with 26 points on seven of 13 shooting, Hamidou Diallo added 15 points while Frank Jackson chipped in with 12 points off the bench. As a team, the Pistons shot 46 percent from the field and just eight of 32 from the 3-point line as they struggled to get going and trailed going into halftime, before taking over in the third quarter where they outscored the Heat by 33-19 to build a 12-point lead.  Isaiah Stewart scored just seven points on two of five shooting while Cade Cunningham scored just four points but contributed with 10 assists.

Meanwhile, the New York Knicks have been in a real slump as they’ve lost eight of their past 10 games and they will be hoping to bounce back after falling short to the Celtics in a 114-107 road loss on Saturday. Evan Fournier led the team with 32 points on 13 of 24 shooting, Kemba Walker returned to the lineup to score 29 points, Julius Randle tallied 20 points with nine rebounds and seven assists while Alec Burks chipped in with 19 points. As a team, the Knicks shot 43 percent from the field and 13 of 36 from the 3-point line as they exploded for 41 points in the third quarter to rally back from an early 16-point deficit, only to go cold in the fourth quarter where they scored just 19 points to allow the Celtics to snatch the game late.

The Pistons are still without their leading scorer in Jerami Grant, while the Knicks will be without RJ Barrett and Immanuel Quickley, but they could get Derrick Rose for this one as he is currently considered a game-time decision. It’s tempting to take the Pistons at the hefty line, but they are 0-5 ATS in the last five meetings overall and they will be heavily reliant on Bey and Diallo once again which spells trouble against the Knicks’ defense. The Knicks have been below their best lately, but with Walker back in the lineup, I think they can get the job done in this spot.