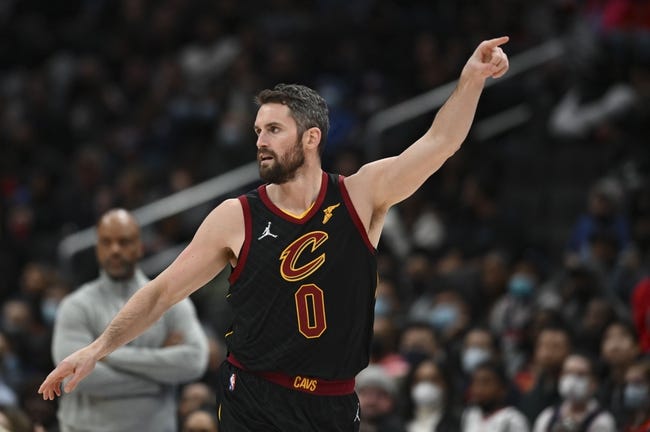 The Houston Rockets and the Cleveland Cavaliers duke it out at the Rocket Mortgage Fieldhouse on Wednesday night.

The Houston Rockets have been in fine form as they’ve won eight of their past 10 games overall and they will be looking to stay hot after outlasting the Hawks in a 132-126 road win on Monday. Eric Gordon led the team with 32 points on 10 of 16 shooting, DJ Augustin drained six 3-pointers to finish with 22 points on seven of nine shooting off the bench while Jae’Sean Tate chipped in with 15 points and four assists. As a team, the Rockets shot 47 percent from the field and 15 of 39 from the 3-point line as they fell behind early and trailed by as many as 19 points, before rallying in the fourth quarter where they exploded for 44 points to escape with the unlikely win. Gordon was the only starter to really be on his game on this one as Aaron Brooks scored just six points on two of nine shooting while Garrison Matthews scored five points on one of six shooting, but the Rockets’ bench really stepped up as they combined for 62 points.

Meanwhile, the Cleveland Cavaliers have been in great form as they’ve won eight of their past 10 games and they will be eager to build on their current four-game win streak after taking down the Heat in a 105-94 home win on Monday. Kevin Love led the team with 23 points and nine rebounds off the bench, Isaac Okoro added 18 points while Jarrett Allen chipped in with 17 points and eight rebounds. As a team, the Cavaliers shot 44 percent from the field and 16 of 36 from the 3-point line as they went on ferocious 27-7 run in the second quarter to take a 14-point lead, before holding the Heat to just 21 points in the fourth quarter to pull away at home.

Head to head, the under is 5-2 in the last seven meetings in Cleveland and the Rockets are 1-4 ATS in the last five meetings overall.

The Rockets have quietly become one of the hottest teams in the league and they will take plenty of confidence from their comeback win over the Hawks on Monday, but they will be shorthanded in this one as Eric Gordon has been ruled out, while Christian Wood is listed as questionable. The Cavaliers have been building nicely themselves as they have won four games on the trot and they’re not dealing with as many injuries with Collin Sexton the only key player still missing. This is a tough one to pick, but with all the Rockets’ injuries, I’m going with the Cavaliers who are 7-0 ATS in their last seven home games.